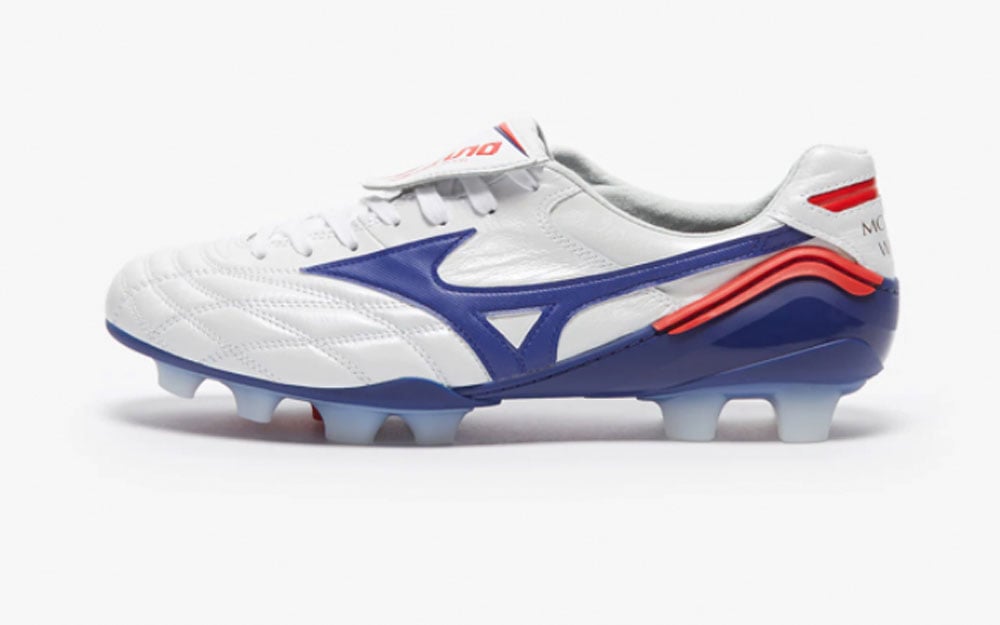 Veterans of the Japanese sports game, Mizuno, have revealed an absolute scorcher with their latest boot drop.

Celebrating 30 years of the brand’s signature ‘wave technology’, Mizuno have revisited two of their most iconic silhouettes, the Morelia II and the Wave Cup, to produce one of the best-looking boots you’ll see for a while.

The original hybrid design was released back in 2003, so anyone who missed out on their chance back then could get a rare second opportunity to grab a pair.

The remake features enhanced cushioning and stability thanks to a uniquely shaped soleplate around the rear, designed to cushion impact and protect the wearer.

The boot is wrapped in that same premium K-leather upper as the original, putting comfort at the forefront.

In terms of looks, there’s a retro white / high-risk red / blue combination that will be a hit with fans of the old-school. The heel boasts a lovely premium stamping of the Morelia Wave title and the traditional fold-over tongue stays too.

The boots are available to preorder over on the Pro:Direct website now, but given the hype around them, don’t expect them to stick around for long.