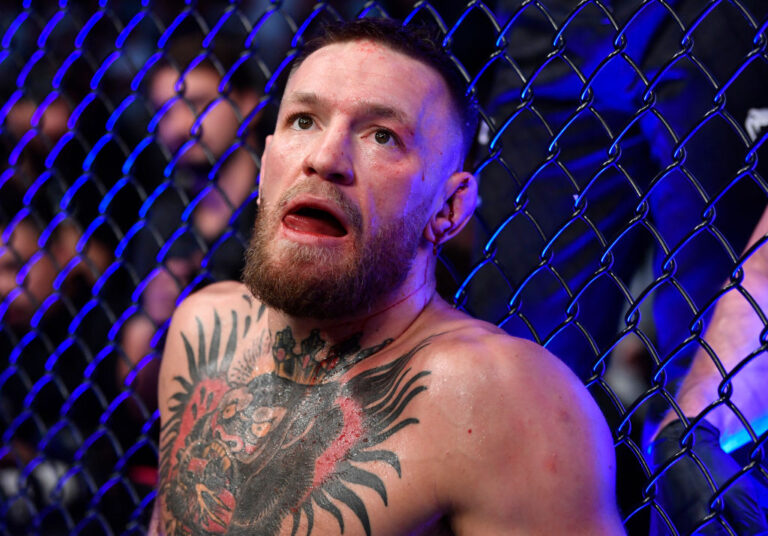 UFC 269 was a hell of an event. Everyone watching had a reaction to it, with many of those catching the eye, like Michael Chandler.

Julianna Pena became the new UFC bantamweight champion when she made Amanda Nunes tap in a shock win in the co-main event. It made fans wonder if they would see two belts change hands on the night.

Dustin Poirier was in the main event against Charles Oliveira, challenging him for UFC lightweight gold. Unfortunately for the former, he could not replicate Pena’s feat and instead lost via standing rear-naked choke.

Nate Diaz has gotten the hang of trolling online in recent years, and his reaction to Poirier’s loss succeeded in mocking the loser and enraging Conor McGregor.

Diaz kicked off the exchange: ‘How Conor let Dp fuck him up hella times he sucks.’

Diaz is referring to Dustin Poirier’s two consecutive wins over McGregor in 2021. Poirier was clearly superior across both fights.

McGregor responded with a message preceded by laughing emojis: ‘You lanky string of piss he got lumped around and got lucky twice. That’s it. Is what it is. Embarrassing night for him alright. That closed guard game. Wtf was that. Wow! Shocking. All good happy Sat night horse yupya it’s proper twelve day tomorrow 12/12. New Paddy’s Day!”

The Notorious followed up with a second tweet mocking the fact that his rivals had never won an undisputed title. He also engaged in shameless promotion for his whiskey brand and his Dublin pub: “Hella times ahhahahaa it’s hella times in the black forge inn tomorrow for proper twelve day bro. Full of it. Sauce Money. Power. Runner up champ yous two are at least yous can say you made championship weight before on the scales at least that’s something hahaha.”

It’s hard to care about the Diaz-McGregor. They have both established that they now view the fight game strictly as a business. McGregor taught Diaz a lot about self-worth and self-promotion in their two bouts.

If a trilogy fight happens, they’ll know how to get people interested.