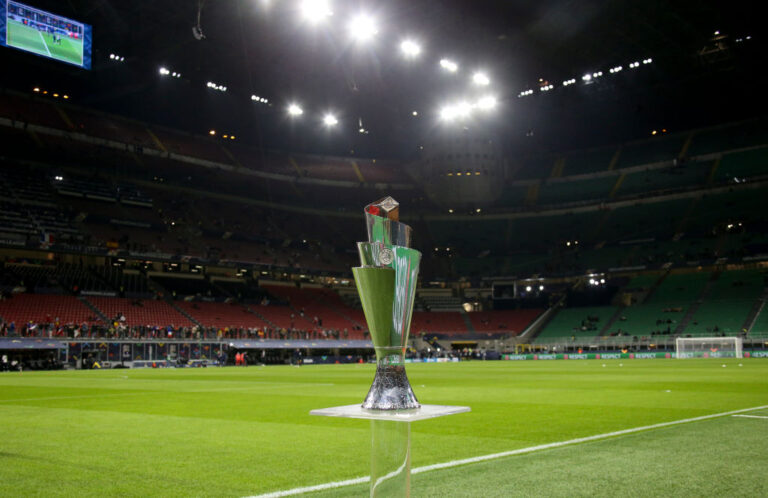 With a plethora of games on in the coming weeks, here is the Nations League TV schedule for this month.

This summer, there is no rest for European footballers or fans, as the Nations League is in full swing. With the domestic and European competitions finished, this gives supporters a chance to enjoy some international football.

First devised as a replacement for international friendlies, the Nations League allows countries to compete against one another at different levels.

Nations League: How does it work?

The competition is split into four tiers, from A to D.

There are 16 teams in Leagues A and C, all split into groups of four. Each group member plays each other home and away. In contrast, group D has seven teams, with groups of four and three, respectively.

Any team that finishes bottom of their group will be relegated down a level. For example, if you finish bottom of a group in league A, you move down to League B, and so on.

How has it gone so far?

As it stands, most sides have only played one or two fixtures this summer. For the home nations, it has been a subdued start. England and Wales, in A3 and A4 respectively, started their campaigns with defeat. The Three Lions lost 1-0 to Hungary. Wales, meanwhile, suffered a 2-1 loss to Poland.

Scotland are yet to play this summer, and currently occupy a spot in the B league. In contrast, Northern Ireland have already played two matches. They have drawn one and lost one in group C2, holding third place as it stands.

All League A to D teams will play four matches each in June. So, what does the TV schedule look like for the Nations League?

Here is our selection of the top matches to look out for on each day. All kick-off times listed are UK time. If you would like the complete match listings, they can be found here.

There will be six games on Tuesday, including action from England’s group A3, and B3 sides.

Finland versus Montenegro serves as an appetiser for the evening’s proceedings, kicking off at 5pm.

Meanwhile, England will hope to repeat their Euro 2020 win over Germany, as they take on their old enemy once more.

In group A4, Wales face a tough test against a talented Netherlands side. Away from the home nations, Belgium take on Poland in a battle at the top of A4.

Our top pick: Wales vs Netherlands – 7.45pm, S4C and BoxNation

This is a very busy day, so choose your game carefully.

Several League C and D sides face off on June 9. However, there is still a chance to see world-class talent. Cristiano Ronaldo and Portugal host the Czech Republic, where a win can extend their lead at the top of group A2.

Holders France will look to get their first win on the board on Friday as they travel over to Austria. Croatia and one of the competition’s dark horses in Denmark also do battle in what could be a cracker.

With matches coming thick and fast, the home nations are already back in action by the weekend. In a repeat of the Euro 2020 final, England will seek to get revenge on Italy. Elsewhere, Scotland take on Republic of Ireland at an earlier time of 5pm, and Wales host Belgium.

Sunday is the day of an all-Scandinavian battle. Norway face Sweden, hoping that new Manchester City man Erling Haaland can help maintain their perfect start in group B4. In contrast, Northern Ireland will hope to win against Cyprus, having played out a draw in the reverse fixture on June 5th.

Bit of a quieter one on the Monday, with just five fixtures. The standout game is definitely a repeat of the 2018 World Cup final, as France play Croatia in Paris.

And in the last round of games until September, June 14th is packed full of great games. Wales, Scotland, and England all play, with the Scots kicking off early at 5pm (again). However, if you don’t fancy some home nations football, Italy play Germany in a star-studded matchup.