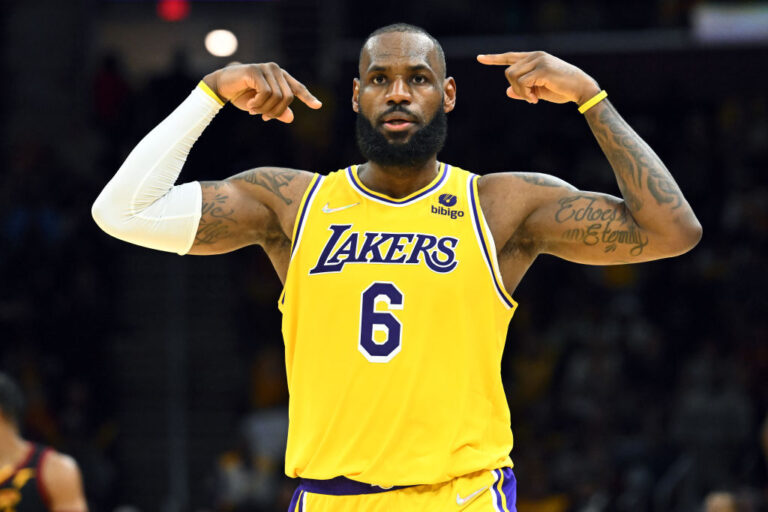 The latest figures showing the earnings of our favourite sports stars have revealed the highest-paid athletes in 2022.

It is a well-known fact that money makes the world go round. In sport, substantial financial backing is becoming increasingly important to compete at the top.

With sports leagues earning billions a year, the cash being shared around is more than most people can even dream of.

Furthermore, sports franchises are worth an insane amount. The top teams have ten-figure valuations. For instance, a consortium recently bought Chelsea for a staggering £4.25 billion. However, they only ranked joint-25th on the Forbes list of wealthiest sports teams.

As a result, players and stars of the games we love receive incredible pay, with some earning hundreds of millions per year. Here are the top five highest-paid athletes for 2022, as per news site Sportico.

The first individual sportsman on the list, Mexico’s Canelo Alvarez will earn $89 million this year. Interestingly, the bulk of his pay comes from fights alone; just $5 million of Canelo’s income is from endorsements.

The legendary boxer sadly lost his first fight of 2022. WBA (super) light heavyweight champion Dmitry Bivol defeated Alvarez via unanimous decision in Las Vegas. Because of the defeat, Canelo will likely have an immediate rematch against Bivol later this year.

Up two places from 2021, Brazilian winger Neymar is the last person in the top 100 earners with a nine-figure income. Clearly, PSG have serious cash to throw around, with two of their players in the top five. Neymar takes home $103 million this year, in a season where he has struggled with injury.

The forward has missed 22 matches due to numerous injuries in this campaign but has found an upturn in form in recent weeks. As his PSG contract runs until 2025, Neymar may be among the highest earners for years to come.

Man United’s star player retains the third spot for 2022, taking home $115 million in total earnings. Ronaldo has been United’s leading performer this season. However, this has not translated into on-field success.

The Old Trafford side’s season is littered with damaging losses and controversy, but no trophies. United will miss out on Champions League football for next season, to make matters worse. Maybe on the 2023 highest earner list, Ronaldo will be representing a different club.

You can’t have one without the other.

Holding the same position as last year, PSG’s marquee summer transfer leads a trio of football stars on the list. With a massive $72 million in salary and winnings, Messi is set to make $122 million this year. Messi’s huge earnings, however, are not a result of a standout season.

Although PSG cantered to the Ligue 1 title, the Argentine has struggled to settle in Paris. He has just four league goals in 24 appearances – a far cry from his prolific nature at Barcelona. An unbelievable collapse from his side against Real Madrid in the Champions League very much dampened Messi’s season.

The Los Angeles Lakers star is the highest-paid athlete in 2022, as per Sportico. He will reportedly earn a total of $126.9 million in this calendar year, moving up from fifth in 2021. However, basketball’s biggest star has not had a year for the ages.

James’ Lakers squad missed out on the playoffs this season, in a campaign hampered by injuries and team disfunction. LeBron himself averaged 30.3 points, 8.2 rebounds and 6.2 assists – but only played 56 of the 82 regular-season games.

Last year’s top earner was UFC star Conor McGregor. However, he has slumped all the way to 22nd on the list. This is likely because he has not fought so far this year. ‘Notorious’ has still received $52 million across salary and endorsements despite this.

Another massive drop down the highest-paid list came from Antoine Griezmann. The Atletico Madrid forward fell a staggering 61 places, from 27th to 88th.

However, the biggest faller is Dallas Cowboys quarterback Dak Prescott, who dropped from 4th last year to joint 69th.

In complete contrast, Max Verstappen enjoyed a massive leap up the highest-paid athlete list. The reigning F1 Drivers’ Champion sits 30th in 2022, up from 95th in 2021.

Another big winner came from the NFL. LA Rams quarterback Matthew Stafford, off a Super Bowl win this season, moved up from 92nd place all the way up to 11th.