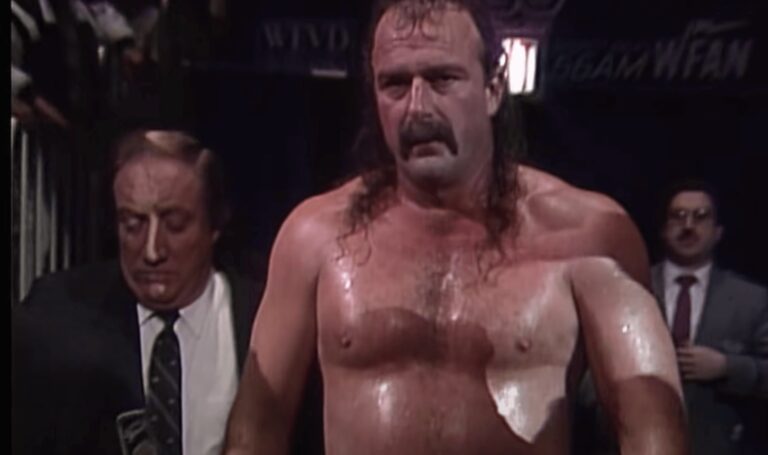 Legendary commentator Jim Ross has made a concerning revelation about the health of WWE Hall of Famer Jake ‘The Snake’ Roberts.

Roberts was one of the company’s biggest stars during its early days as the WWF in the late 1980s and early 90s.

As a charismatic and highly efficient wrestler in the ring, Roberts is as much revered for his incredible gimmick. The American used to carry a giant bag to the ring with him, which would contain a real-life snake.

One of the most famous uses of the snake came against Randy Savage. Roberts attacked Savage with his cobra. Roberts tied up his opponent in the ring ropes before placing the cobra on his arm.

According to the man himself (as per WrestlingInc), the snake would not let go, even after Roberts attempted to pull it away from Savage. It did let go eventually, at which point Savage was bleeding and thought he would be killed.

Away from snake bites, Roberts is widely considered the pioneer behind the DDT move, which is often used in wrestling today.

After two subsequent spells with WWE, ‘The Snake’ joined AEW in 2019. He currently acts as a manager to Lance Archer.

Why has Jake Roberts had health issues?

Unfortunately, Jake Roberts has had several serious health issues over the years.

Some of these issues arose due to a 1987 segment with Honky Tonk Man that went horribly wrong.

As part of that night’s segment, Roberts was supposed to take a guitar shot to the head from Honky Tonk to cement a face turn. WWE use modified guitars in these situations to avoid injury. They are disbanded from the inside.

However, on this occasion, Honky Tonk accidentally used a real, non-modified guitar to strike Roberts over the head.

He was left with ‘two exploded discs‘ in his neck.

Roberts subsequently became addicted to painkillers. He completed a voluntary 14-week rehab program in 2007, having battled drug problems throughout most of his wrestling days. He chronicled those issues on Joe Rogan‘s podcast back in 2018.

Roberts has also had several breathing issues, and successfully battled muscular cancer in 2014.

In November 2020, he missed several weeks of TV time after being diagnosed with a lung disease. He has chronic obstructive pulmonary disease (COPD) – a progressive lung disease.

Speaking on his podcast, ‘Grilling JR‘, legendary former WWE and current AEW commentator Jim Ross gave an update on the health of his friend.

He explained (quotes via WrestlingNews): “I just saw him here a few weeks ago and he’s still battling his breathing issues.

“He’s not in great health. That’s why you don’t see him as often on AEW television as he once was when he was fronting Lance Archer.

“But his health is not good, and he’s taking the means to address it. He still has surgeries left. But he has breathing issues.”

Roberts signed a two-year contract extension with AEW in July 2021, keeping him on our screens until at least 2023. Wrestling fans will hope the 66-year-old can find ways to manage his issues and be in a position to return to AEW programming as swiftly as possible.