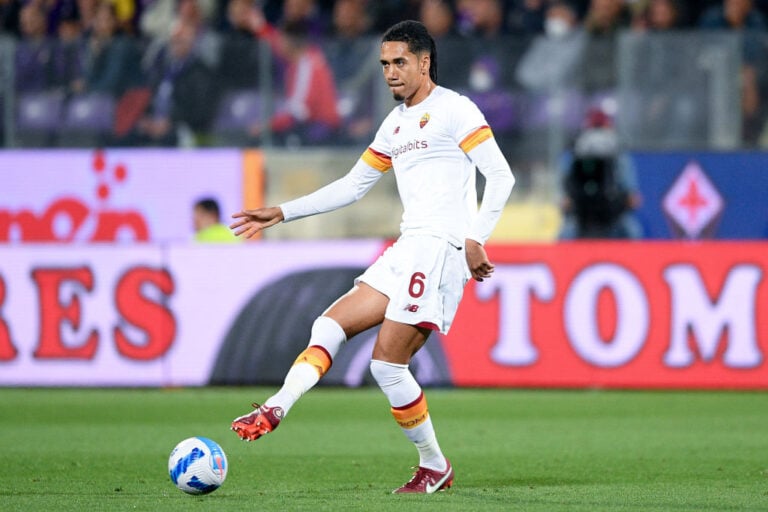 Jose Mourinho has heaped praise on Chris Smalling, who has developed into a key player for him at Roma.

Smalling departed Manchester United for Roma on loan in 2019, after enduring a challenging time towards the end of his spell at Old Trafford.

Initially arriving in Manchester with much potential, Smalling fell out of favour at United over the years. He remained on the fringes for most of his final days at the club and moved to Italy permanently in 2020.

Then-Manchester United manager Ole Gunnar Solskjaer was keen to reintegrate Smalling into his squad, but the centre-back had no interest in staying. He moved to Roma for an initial fee of £13.6 million.

Smalling was subject to much criticism during his time at the club. His high levels of physicality were questioned, and there was a belief that he could not play out from the back. England manager Gareth Southgate cited the latter as a reason he hasn’t selected Smalling for the national team.

However, he was a key player at United under Mourinho and Louis van Gaal. Some fans felt that allowing him to leave the club was the wrong decision.

Since moving to Rome, the 32-year-old has further developed into a high-class defender. In his first season at the club, Smalling made 30 appearances in all competitions. This campaign, he has played 26 times to date.

He said: “The situation with Chris is about finding a balance on his body that allows him to be playing regularly because after that his experience, his qualities are there, he is a fantastic player.

“In this moment, he is recognised here in Italy even in a funny way: ‘Smalldini’, which is [a mix] of Smalling and Maldini. He is doing amazing for us.”

Smalling starred in Roma’s Europa Conference League semi-final second leg win over Leicester City. In the final against Feyenoord – which Roma won – the English defender put in a player of the match display.

Roma will enter the Europa League next season, having finished sixth in Serie A, although winning the Europa Conference League would have been enough to secure qualification. They will be aiming to achieve even more next term.

Given his development in recent seasons, Mourinho will be hoping “Smalldini” can provide a solid foundation to achieve that goal.