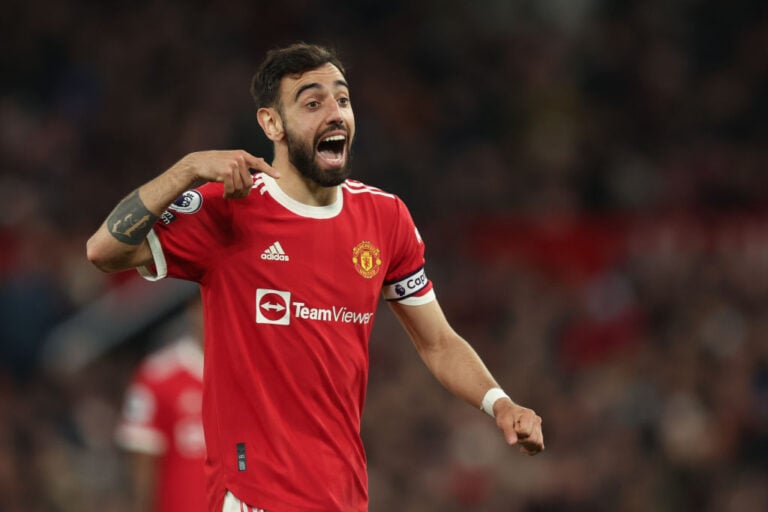 Brand new images of the 2022/23 Man United home kit showcase that the jersey has even more retro elements than first thought.

Every year, Red Devils fans worldwide flock to the store to buy the latest shirt. But after a near-decade of heartbreak, their faith in the club may slowly be fading away.

Therefore, the designers needed to craft a kit reminiscent of the glory days to remind supporters of why they fell in love with United in the first place.

When the kit initially leaked, the stunning pattern on the collar shone through. Diamonds instantly caught the eye. Furthermore, the shield around the United badge and the pinstripes running down the front of the shirt topped off a complete and utter work of art.

The shirt has transported fans back to their incredible era under Sir Alex Ferguson, notably their historic treble in 1999 and their general dominance throughout most of the 1990s.

With the aromas of nostalgia radiating to the surface, let’s take a deep dive into the intricacies of the new shirt.

Footy Headlines have released a series of updated images of the kit. They showcase the nuances of the design. The adidas strip combines a dark red primary colour with black stripes and their own logo in white.

The white-collar features a 1994-inspired triangular design. In addition, the red and black socks show off a Red Devil on the front and a white adidas logo on the opposite side.

Fans will desperately hope that they’ll get to see the players wear the jersey with pride next season. The Manchester side, of course, will have a new boss leading them into battle. Erik ten Hag has had massive success with Ajax and believes he can continue his momentum with United.

But to do that, he’ll need to completely revamp the squad. Although the players at his disposal have talent, they may not be able to push the club forward. So while Paul Pogba prepares to exit stage left, the Dutch manager has begun talks with the likes of Frenkie de Jong – and will want other players to join him to kickstart the United revolution.