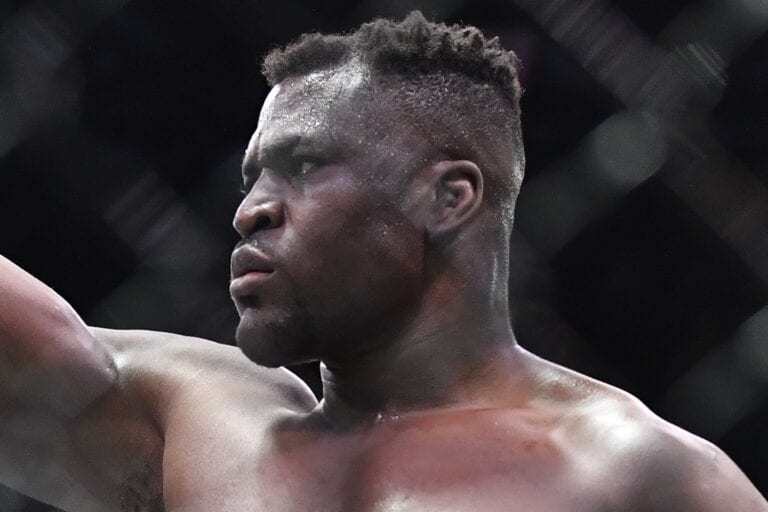 Francis Ngannou has taken a shot at UFC’s pay structure in the wake of the Floyd Mayweather vs Logan Paul fight.

For years now there’s been an ongoing debate with regards to the money MMA fighters earn.

There is a growing consensus among the world of MMA that the pay disparity between mixed martial arts and boxing shouldn’t be anywhere near as big as it actually is.

“WHAT ARE WE DOING WRONG?”

One thing that has helped to bring this topic into greater focus, is the Paul brothers’ foray into boxing. Just last night, Logan met Mayweather in an exhibition bout and seemingly came away with a huge purse. The figures being quoted would surpass 99% of earnings made by those in the UFC, with Conor McGregor and perhaps a few others being the exemption.

After the fight, ‘The Predator’ took to social media to question why members of the UFC roster aren’t getting the same kind of wage.

It's crazy to think that Logan Paul (0-1) just made $20M on a boxing exhibition.

WHAT ARE WE DOING WRONG? ?

“It’s crazy to think that Logan Paul (0-1) just made $20M on a boxing exhibition. WHAT ARE WE DOING WRONG?” He wrote.

Ngannou isn’t the first to go public in voicing his displeasure at the issue. Jon Jones is currently embroiled in a financial disagreement with the UFC, with Jones believing he isn’t being offered what he’s worth to challenge Ngannou for the UFC heavyweight title.

Between Ngannou taking notice of what’s happening and Tyron Woodley claiming he’s getting his biggest purse ever for his upcoming bout against Jake Paul, there’s definitely been a noticeable momentum shift. UFC president Dana White won’t want to acknowledge that, but he may be forced to if talks of a union begin to surface.

Ngannou is currently focusing his attention on a highly anticipated rematch against Derrick Lewis which is being tipped to take place this August.