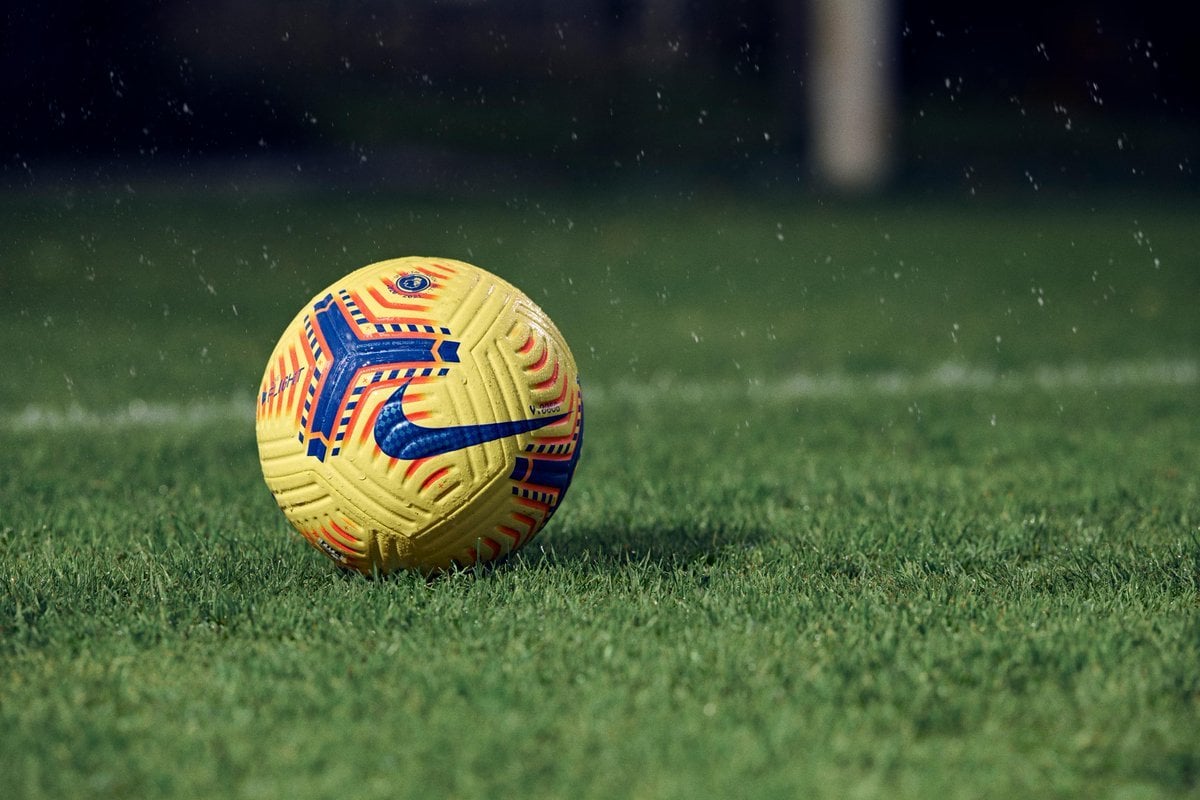 While we might not have warm weather and be able to work on our tan, there are a few decent aspects of the winter months.

Father Christmas coming to town, the abundance of booze, the presents, and New Year parties, of course – but there’s also the aspect of the high-vis Premier League ball coming out, a style which some feel is even better than the real version.

Indeed, the Premier League have announced a new ball for the winter period, this time for the acclaimed Nike Flight ball.

After the international break, the Nike Flight will adorn high-vis colours for the darker period of the year – and it’s an absolute beauty.

This brighter version will be used in the Premier League on November 21st, so we’ve only got a few weeks to wait to see this bad boy in action.

Same as the normal version, this ball features the ‘hyper’ royal blue and is striped by a hazard tape for greater visibility.

The Nike Flight ball is a result of the company sending a team of scientists into a lab for eight years, forging what’s now known as ‘AerowSculpt technology’.

This technology means that the ball is less likely to swerve in the wind and reacts truer to how its been hit.

The public have a choice of two versions of the ball: one costs £124.95 and is used in official matches, while there is the more cost-friendly £24.95 Premier League Strike ball.

You can purchase the new Premier League winter ball from Kitbag here.

See something else you like? Kitbag are currently offering 25% off selected items (Limited Exclusions Apply) with code BOOTS.

Harry Kane told FourFourTwo:  “I always love the introduction of the Hi-Vis ball as it adds another dimension to the game.

“We’ve seen an incredible start to this season with the new Nike Flight Ball and I’m excited to see how this Hi-Vis version performs.”

The original version went down a storm, with some calling it a return to form for Premier League match balls.

Others are just happy it resembles the Total 90 ball from around 15 years ago, probably the most popular ball among supporters.