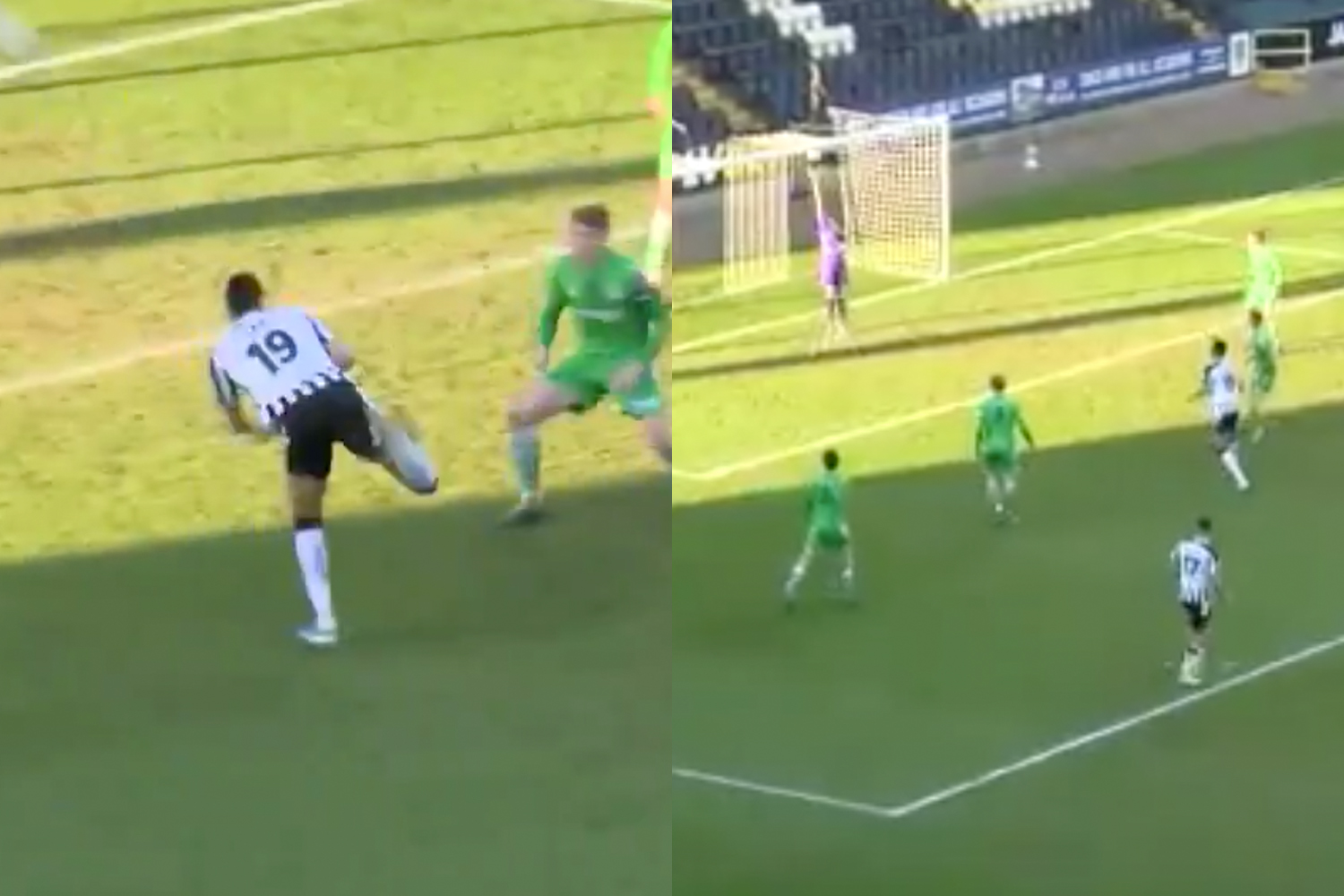 Notts County booked their place in the FA Trophy semi-final on Saturday with a win over Oxford City – thanks to a Puskas Award contender from Eli Sam.

With the score at 1-1 in the 72nd minute, the Magpies needed some inspiration – and they most certainly got it courtesy of their Belgian forward.

The ball was whipped in from the left flank towards Sam, who looked at first as if he was set to bring the ball down with his back to goal in the area.

But the 23-year-old instead produced one of the goals of the season.

He quickly pivoted into position and showed incredible technique to strike the ball perfectly with the back of his heel on the volley, sending it soaring over the head of the helpless opposition ‘keeper and into the net.

It was the sixth goal Sam has scored in all competitions since joining the Magpies in the summer from Bulgarian club Arda.

As you can imagine, the commentary team’s reaction is worth a listen. Check the goal out below:

Buckle in for one of the most RIDICULOUS goals you'll ever see! ? pic.twitter.com/kmmMj5tlb8

The goal drew immediate comparisons to the scorpion kick scored by Olivier Giroud for Arsenal in 2017.

Both strikes are similar, with the main difference being that the Frenchman was facing towards the goal. It’s sure to be hotly debated about which strike was better.

One thing that is for sure is that Giroud’s scorpion kick was awarded the Puskas Award for goal of the year by FIFA, so Sam is surely set to be in contention next time around.

Notts County would go on to win the match 3-1, after young forward Jimmy Knowles scored late in stoppage time to seal victory.

Neal Ardley’s side therefore progressed to the semi-finals, where they will take on either Hornchurch, Hereford or Woking.

The Magpies are also pushing for promotion out of the National League, and currently sit 10 points behind leaders Torquay. They were relegated to non-league for the first time in their 157-year history in 2019.

Which other goalkeepers have scored in the Premier League?

Which other goalkeepers have scored in the Premier League?