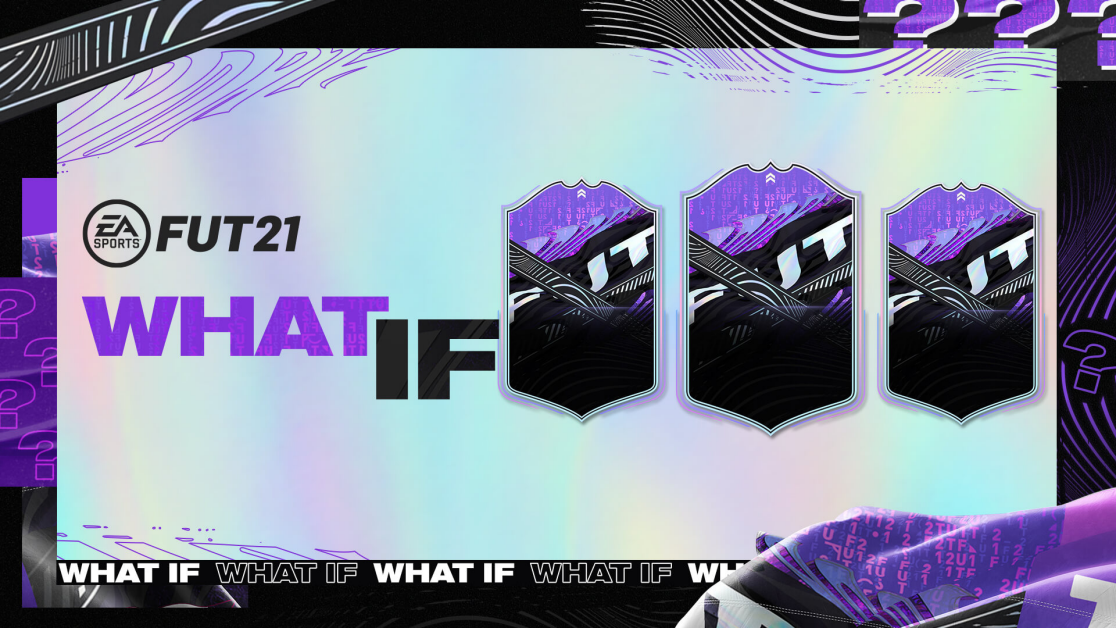 EA Sports revealed team one for their new ‘What If?’ promo on Friday evening.

Included in the team were players that are anticipated to make an impact over the rest of the season for their clubs. Upgrades will be given out based on whether real-life performance objectives are met.

Attackers and midfielders will be rewarded with a +2 boost to their overall rating if their team scores six or more goals in the next five games.

Defenders and goalkeepers, meanwhile, will be given the same overall boost should they record one clean sheet during the next five matches.

Chelsea‘s N’Golo Kante, Sevilla’s Alejandro Gomez and Arsenal‘s Martin Odegaard were all included in ‘What If?’ team one.

With the promo’s second team set to drop on FIFA 21 Ultimate Team this Friday, we’ve taken a look at five players that could be given a stats boost:

Rangers fans have been calling for their Romanian playmaker Ianis Hagi to receive some sort of special card for the last few months.

With James Tavernier receiving a big upgrade during the recent ‘Headliners’ promo, Hagi seems the perfect option to provide a green perfect link to the Gers right back.

And with Rangers 15 points clear at the top of the Scottish Premiership, having not lost in the league all season, the 22-year-old would practically be a certainty to get that +2 boost was he to be included in the next ‘What If?’ team.

With Real Betis currently occupying the final Europa League place in sixth in LaLiga, the onus is on them to have a strong end to the season.

Despite missing seven games through injury earlier in the campaign, Sergio Canales has been a key cog in the side when fit.

Seven league goals in 19 appearances represents the joint-best season tally of his professional career. As a perfect link to team-mate Alex Moreno’s FUT Freeze card, Canales could be popular amongst FUT fans.

Atalanta are having another fine season. Gian Piero Gasperini’s side are fourth in Serie A, and have reached the Champions League last-16 phase.

One player who has featured more prominently in the scoring charts in recent months has been Colombian striker Duvan Zapata. The forward has scored seven goals in all competitions since the turn of the year having formed a strong strike partnership with compatriot Luis Muriel.

With Muriel already having a live UCL card, however, Zapata would probably be more likely to be included in ‘What If?’ team two. The club-country perfect link could feature in many a team.

Lucas Digne’s ‘Headliners’ card on FIFA 20 was one of the most popular left-back cards on the game.

The Frenchman is enjoying another excellent campaign in an Everton shirt at both ends of the pitch, despite missing December through injury.

He signed a new four-and-a-half-year deal with the Toffees last week, in what will be a big boost for Carlo Ancelotti’s side. They are in seventh position in the Premier League, five points off the top four but with two games in hand on the six teams above them.

In the last 10 games, only Manchester City have picked up more points in the Premier League than the 22 recorded by David Moyes’s West Ham. The Hammers currently sit in fourth position and occupy the final Champions League place.

One of their key players this season has been forward Michail Antonio.

He has seven goals to his name in all competitions this season, and has struck twice in his last two appearances. As West Ham’s starting centre forward when fit, the 30-year-old could have a big part to play in the push for continental football.