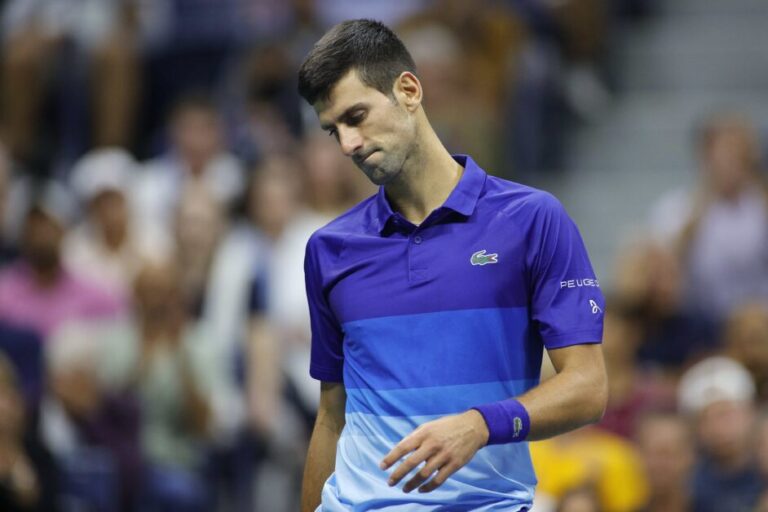 The bitter deportation row involving tennis star Novak Djokovic continues to rumble on, even after the Serbian made a return to the training court.

The unprecedented situation has been the talk of the tennis world and, indeed, the outside world as new updates continue to filter through all the time.

Djokovic arrived in Australia at the beginning of January to play in this year’s Australian Open, However, even now, it is still unknown as to whether he will be able to compete.

Let’s take a brief look at the background behind the situation, and what his fellow players have said:

What has happened to Novak Djokovic?

Djokovic posted on his Twitter account on January 4 that he would be travelling to Australia to play in the tournament, having obtained “exemption permission”.

The tournament organisers announced in November that every player who entered the country to play would have to be vaccinated against Covid-19. Djokovic, who is world number one, has not been vaccinated.

Upon arrival, Djokovic was detained in isolation after officials refused to accept his exemption.

In addition, it was later confirmed that his visa had been denied. Furthermore, Djokovic’s lawyers went to claim that the treatment of the tennis star by the Australian Border Force was “procedurally unfair“, as per the Daily Mail.

He was detained until Monday morning, when he won an appeal against the decision to rescind his visa.

Djokovic has since posted an update on his Twitter account. He wrote: “I’m pleased and grateful that the judge overturned my visa cancellation. Despite all that has happened, I want to stay and try to compete at the Australian Open.

“I remain focused on that. I flew here to play at one of the most important events we have in front of the amazing fans.”

What other tennis stars have said about Novak Djokovic

Former world number one, Rafael Nadal, initially aimed some criticism at Djokovic when asked about the situation on Thursday.

He said: “Of course, I don’t like the situation that is happening. In some way, I feel sorry for him. But at the same time, he knew the conditions since a lot of months ago, so he makes his own decision.”

Following the judge’s verdict on Djokovic’s visa cancellation, Nadal told Spanish radio station Onda Cero: “Whether or not I agree with Djokovic on some things, justice has spoken and has said that he has the right to participate in the Australian Open and I think it is the fairest decision to do so, if it has been resolved in that way. I wish him the best of luck.”

He explained: “I’m going to say two things on it just now. The first thing is that I hope that Novak is ok. I know him well, and I’ve always had a good relationship with him, and I hope that he’s ok.

“The second thing I’ll say on it … it’s really not good for tennis at all, and I don’t think it’s good for anyone involved. It’s really bad.”

Meanwhile, Australia-born tennis star Nick Kyrgios, known for his outspoken views on different issues, told the No Boundaries podcast: “I’m not siding. This guy is human. I just want him to be treated like one.

“Would we expect our 20-time Grand Slam champion [from Australia] to be treated like this? No. This is Novak Djokovic. When we had the bushfires, he was supporting us. Most of the normal people talking s*** didn’t do s*** for the bushfires.”

What happens next to Novak Djokovic?

As it stands, Novak Djokovic’s participation in the Australian Open is still unclear. At a press conference (quotes via The Independent), his mother has said that she fears the Serbian could still be deported if the Australian government decides to re-cancel his visa.

If he is able to enter, he will be defending the title he won in 2021. The tournament, which is part of the Grand Slam calendar, begins on January 17 and runs until January 30.