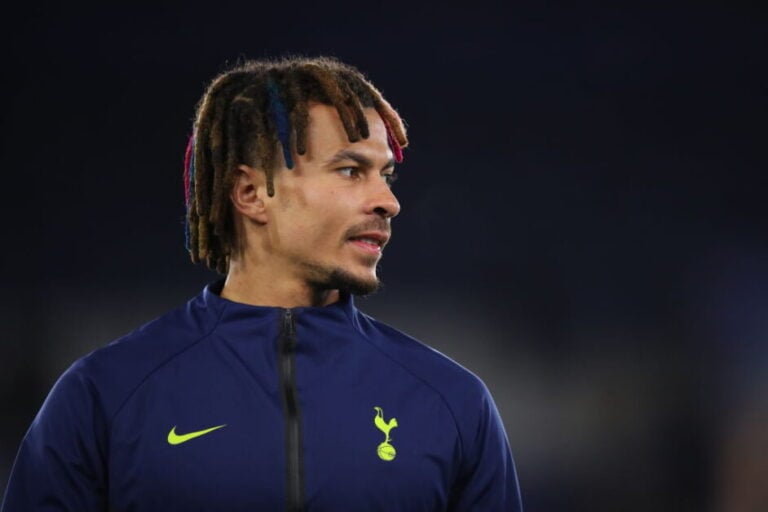 The Merseyside club announced Chelsea legend Frank Lampard as their new manager on a two-and-a-half-year deal.

Along with Lampard, Everton surprised everyone by announcing the signing of Dele Alli from Tottenham Hotspur. The England midfielder moves to Goodison Park in a deal that could be worth up to £40 million.

The new Everton boss will welcome this transfer. As it turns out, Frank Lampard has been a fan of Dele since he burst onto the scene at Spurs.

Dele Alli to Everton: the details

Alli’s transfer fee will only be paid after he passes performance-related targets. The first £10 million of the potential £40 million total will be paid to Spurs once Dele has made 20 appearances. So, for the first 20 games, Everton get him for free.

The other potential £30 million hinges on the performance of both Everton and Dele himself. Therefore, Spurs hope that he will perform well for the Toffees, but not to the point that he helps Everton compete for European places.

Dele’s contract with Everton runs through to the end of June 2024.

A change of scenery

A fresh start at a new club could be what Dele needs to rejuvenate his career. He has found regular playing time hard to come by under Spurs manager Antonio Conte. The England midfielder has played just ten league games this season.

This was the same case under Jose Mourinho and Nuno Espirito Santo. For instance, he made 15 Premier League appearances in 2020/21.

Alli has also been unfortunate with injuries, missing 36 matches due to injury since the start of 2018/19.

All this appears to have derailed a phenomenal talent. Alli is a two-time PFA Young Player of the Year winner, dazzling the league with his displays from a young age.

His best season was 2016/17, in which the midfielder netted an impressive 18 league goals, along with nine assists. The undeniable talent of a young Dele Alli caught the attention of Frank Lampard.

Speaking in 2017, Lampard had nothing but kind words for Dele: “He’s a special player. He’s got the knack for runs and he scores great goals.”

The Chelsea legend couldn’t help but compare Dele to himself.

“He’s better than me when I was 20, that’s for sure,” he laughed. “He’s ahead of the game. Even on the international stage he looks comfortable. I hadn’t got my first England cap by that age [20 years old].”

However, Lampard did heed caution and acknowledged there’s a long way to go in his career. “It’s all about his development from now. All the tools are there, it’s just about how he goes now. Not just on the pitch but how he grows as a person and a player.

“But, with that as a starting point, he’s got the world at his feet.”

Maybe, with a change of scenery, Dele can re-capture the incredible form that earned such high praise from a Premier League legend.