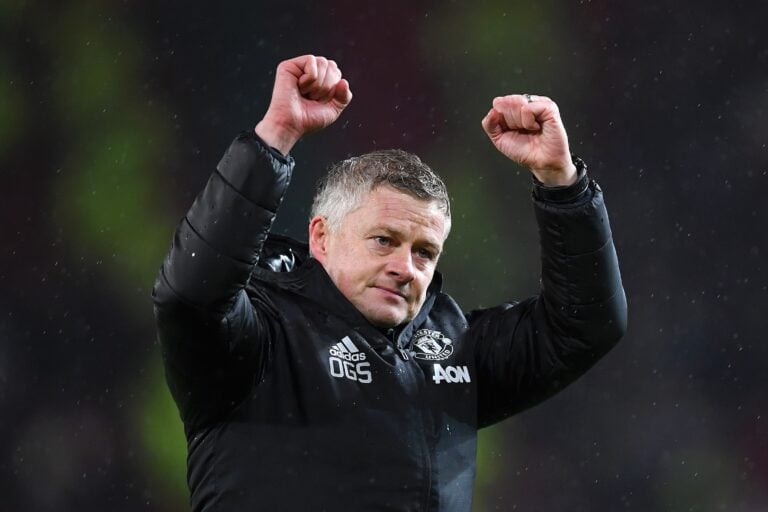 Manchester United manager Ole Gunnar Solskjaer has been confirmed as a playable FUT Hero in FIFA 22.

The new FUT Heroes concept was announced by EA earlier in July. The cards involved will consist of retired players, and will “represent the unforgettable moments that turned them into fan favourites”.

Each FUT Hero will have league-specific chemistry which is “tied in to their specific hero moment”.

Shortly after the announcement, EA confirmed a number of players that will be included, including Diego Milito, Tim Cahill and Abedi Pele.

Now, EA Sports have confirmed that Solskjaer will be joining the ranks as a playable item.

The Norwegian spent 11 years with United as a player between 1996 and 2007. He is most famously remembered for scoring the winning goal in stoppage time to win the 1999 Champions League final against Bayern Munich.

He scored over 120 goals for the club in all competitions, and his highest-scoring Premier League season came in the 2001/02 campaign.

Solskjaer scored 17 goals in 30 appearances in a season where United finished third behind Liverpool and champions Arsenal.

Following retirement, he went into management. After spells with United’s academy, Molde (twice) and Cardiff City, he took over initially as caretaker manager at United following Jose Mourinho‘s departure in 2018. He was then offered the top job on a permanent basis in the following summer.

What could Solskjaer’s in-game stats be?

No information has yet been officially released about Solskjaer’s in-game stats.

However, the Norwegian did previously feature in the FIFA series as an in-game Legend in FIFA 17.

A prominent FIFA Twitter user, @DonkTrading has, however, posted a set of ratings that they claim belong to Solskjaer.

When compared with his FIFA 17 card stats, Solskjaer will have more pace, dribbling and physical, but three less when it comes to shooting.

FIFA 22 is set to be released on October 1 – the first game in the series to be available on the newest-generation consoles on release day.