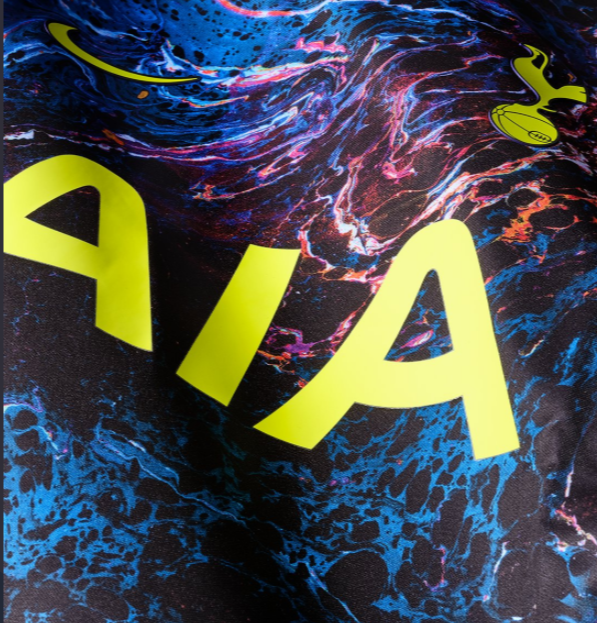 Tottenham’s insane new away kit has created quite the storm on social media after it was officially unveiled yesterday.

Spurs haven’t had a whole lot of luck on the pitch over the course of the last twelve months, but after a turbulent period, many fans are hoping their fortunes will change as we look ahead to the start of the new Premier League campaign.

Plenty of pundits had already noted how much they liked the simplicity behind Tottenham’s new home kit, but when it comes to the away strip, the club has gone in the complete opposite direction.

There’s a big intergalactic vibe to what the North Londoners have produced and while that may sound like an interesting way to approach a kit design, it’s also been fairly divisive – as the following Twitter reactions can confirm.

Any new kit is going to come under fire for any number of reasons, whether it be the colour, the comfort or the actual design, and Tottenham would’ve been well aware of that fact before signing off on this.

It’s something fresh, it’s something unique and it’s as clean as it could possibly be, which is the perfect rule of three for this sub-genre of football culture.

The big hope will be that Harry Kane pulls on the shirt for the start of the new season but as of this writing, it’s starting to look progressively more unlikely with Manchester City edging closer and closer to securing his signature.

Son Heung-min, who looks set to take over as the new talisman at the club, recently put pen to paper on a new deal that should ensure he remains part of the Tottenham family for a good few years to come.

Spurs’ Premier League season begins with a home game against City on August 15.

Spurs announce new sponsor, get instantly mocked by them

Spurs announce new sponsor, get instantly mocked by them