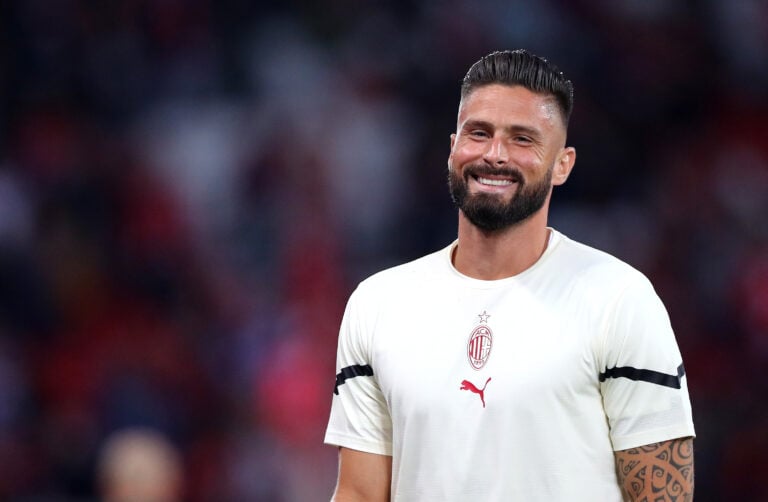 Olivier Giroud has revealed how a jibe from the owner of Montpellier towards Kilmarnock played a small role in his decision to reject Celtic in January 2010.

At the time, Giroud was in the midst of what would become a 21-goal season for Ligue 2 side Tours, and was attracting interest both in France and abroad.

Amongst the overseas clubs interested were Championship side Middlesbrough, but they faced fierce competition from both Celtic and Ligue 1 sides Montpellier and Monaco.

Celtic were having a challenging 2009/10 season up to that point. By January, Tony Mowbray’s side had already failed to progress beyond the Europa League group stage. They also trailed behind Rangers in the Scottish Premiership table.

The Scottish giants were in the market for another centre forward, and were keen to sign Giroud.

The Frenchman himself preferred to join Celtic, citing his desire to play in front of 60,000 fans at their famous home stadium.

But he was later convinced to sign for Montpellier by the French club’s chairman Louis Nicollin – who started their first conversation by immediately referencing Kilmarnock.

Giroud writes in his autobiography (quotes via Daily Record): “My preference is Celtic and their legendary stadium, with its 60,000 capacity, is the stuff of dreams.”

“I could already see myself there. Strategically, this club would be a great springboard to realise my ambition to eventually play in the Premier League. But in the meantime, my agents Alain and Guillame come up with the idea of approaching Louis Nicollin, the now much-missed chairman of Montpellier.”

“They advised me to take his call and told me, ‘You are free to decide which club you want to play for, but you should listen to what he has to say’. Flattered that this legend of French football wants to speak to me, I agree.”

“Listening to him, I realise how much this club wants me. Straight off, he says, ‘What are you going to do in Scotland in KILCHMARCHNOCK!’ Mentioning the town of the Kilmarnock is a slightly round-about way of bad-mouthing the whole Scottish championship. The chairman is desperate to persuade me not to sign for Celtic, who at this point are top of my list.”

“He said, ‘Come to us, you’ll be all right – you’ll be happy’. He explains his club’s strategic plan in great detail. His star striker has left and Nicollin assures me I will be No 1.”

“I’m becoming more and more tempted by his offer. I ended the call asking if I can think about it for a little while, but I already know my future lies with this club.”

Giroud would eventually go on to sign for Montpellier, and was loaned back to Tours for the remainder of the season.

The 21 goals he scored in his second season at Montpellier made him the joint winner of the Ligue 1 Golden Boot. The club, meanwhile, won their first ever French title in the same campaign.

Giroud was once again the focus of interest in the transfer market, and he was signed by Arsenal for a fee of around £9.6 million in June 2012.