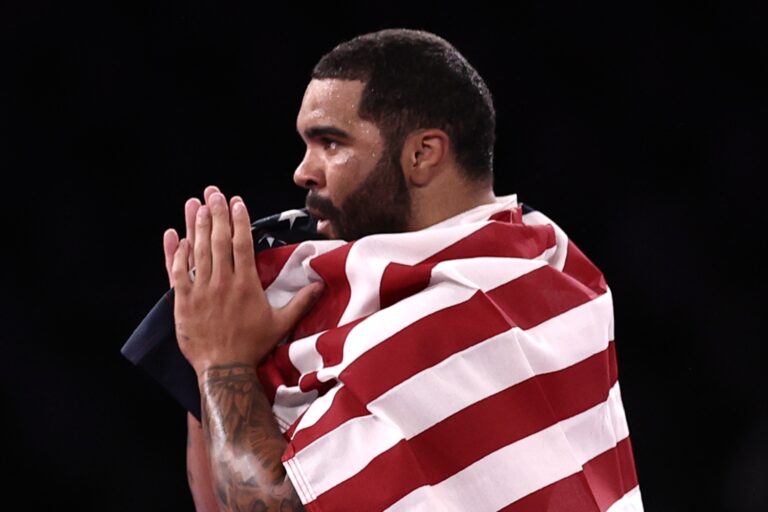 Olympic gold medallist Gable Steveson was officially drafted over to RAW as part of the annual WWE Draft last night.

It’s been a few weeks now since it was confirmed that Gable Steveson, who won gold in wrestling at Tokyo 2020 with a miraculous last second comeback victory over Geno Petriashvili, had been signed by WWE. Steveson was toying with the idea of venturing into mixed martial arts but instead, the 21-year-old has gone down the path of professional wrestling with many comparing his transition to Kurt Angle back in 1996.

Nobody knows whether or not he’ll find success in sports entertainment but one thing is for sure – WWE is going to put everything they’ve got into training him, with the hope being that he could replicate even an ounce of Angle’s former glories.

The journey begins for Gable Steveson

Last night, with the WWE Draft coming to an end, it was announced that Gable will be making his way straight onto the main roster by competing on the RAW brand instead of SmackDown or NXT.

The promotion appears to be keeping his real name, too, as opposed to coming up with something entirely fresh, to the relief of many.

They also filmed a “reaction” video with Gable and his parents that has drawn comparisons to NFL and NBA stars finding out that they’ve been drafted – but whether or not he can turn this momentum into success inside the squared circle remains to be seen within an increasingly competitive roster of talent.