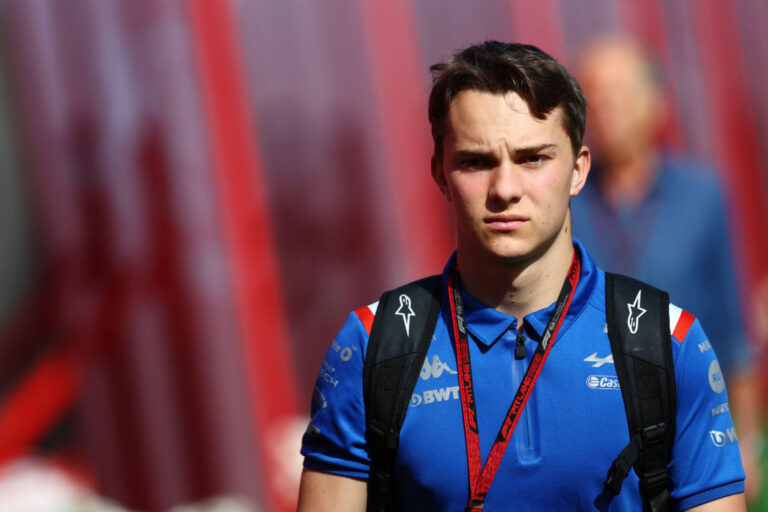 Oscar Piastri has announced that he will not be driving for Alpine in 2023 – despite the team confirming that he would be partnering Esteban Ocon earlier today.

The bizarre saga began on Monday, when Fernando Alonso‘s departure to Aston Martin for 2023 was confirmed. Piastri was installed today as his replacement by Alpine. However, the Australian driver has refuted claims that he will race for them.

Piastri has been part of the Alpine academy since January 2020. He was named as their reserve driver for 2022. Following Alonso’s departure, many expected the Australian to replace him.

However, doubt began to set in this afternoon. Alpine team principal, Otmar Snafzauer , claimed that Piastri was the team’s number one choice to replace Alonso. But he also added that he had heard rumours that the young driver was in talks with McLaren.

He told reporters (quotes via Autosport): “I’m not privy to whatever pre-arrangements he has with McLaren, if any at all. But I hear the same rumours that you do in the pitlane.

The rumours were seemingly put to bed earlier today. Alpine announced that Piastri would indeed be driving for them in 2023.

Interestingly, however, there was no quote from Piastri himself in the accompanying statement.

The statement reads: “As part of his formative F1 journey, Oscar was first promoted to BWT Alpine F1 Team Reserve Driver at the start of the 2022 season.

“He has since been undergoing, under the team’s guidance and its full financial support, an intensive and comprehensive training programme of private tests in the race-winning A521, the 2021 Alpine F1 car, race support and simulator sessions to prepare him for the next big step into F1.”

In an unprecedented step – in F1 terms – Piastri has taken to Twitter to flatly deny that he is racing for Alpine – in a direct contradiction of the team’s announcement.

He wrote: “I understand that, without my agreement, Alpine F1 have put out a press release late this afternoon that I am driving for them next year.

“This is wrong, and I have not signed a contract with Alpine for 2023. I will not be driving for Alpine next year.”