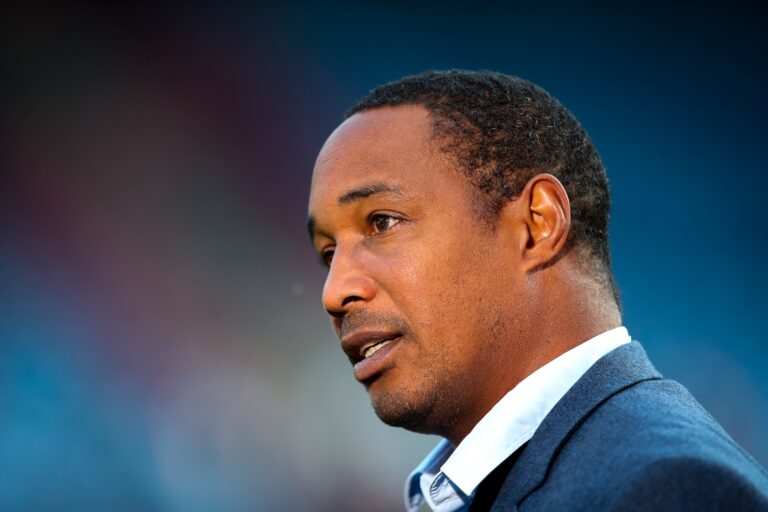 Former Manchester United midfielder Paul Ince has criticised Ole Gunnar Solskjaer and his coaching staff – and says he wants to visit Carrington to view training for himself.

Ince played for United between 1989 and 1995 under Sir Alex Ferguson, before making the move to Serie A giants Inter Milan.

Whilst with the Red Devils, he won two Premier League titles, two FA Cups and the 1991 European Cup Winners’ Cup.

Like many ex-United players, Ince has had his say following United’s humilating 5-0 defeat to Liverpool at Old Trafford on Sunday – and hit out at the tactics employed by Solskjaer and his coaching staff.

He told YouTube channel The United Stand: “He’s got an under-23 coach come up from the academy [Kieran McKenna]. He’s got Michael Carrick – no coaching experience. Micky Phelan – I don’t know what he does.”

“That’s his team. This is his coaching staff. So you analyse that, against the world class players that he’s got in his team, and we keep mentioning tactics and not getting the best out of the players. Look at the staff. This is the staff that Ole says is ‘very good, brilliant’… load of b******s, because they are conceding goals for fun.”

Ince later went on to say: “I’d actually like to go to Carrington and watch a week of what they do in training. I’d love to see it.”

“I don’t know whether they are playing five-a-side, a bit of volleyball and all that rubbish, head tennis. I don’t know what they are doing but I’d like to go. I’d like Ole to invite me in for a week and say, ‘Paul, this is what we’re doing and this is how we do it’.”

Following the defeat to Liverpool, United sit seventh in the Premier League table with 14 points from nine games. They travel to London to take on Tottenham Hotspur on Saturday in their next fixture.