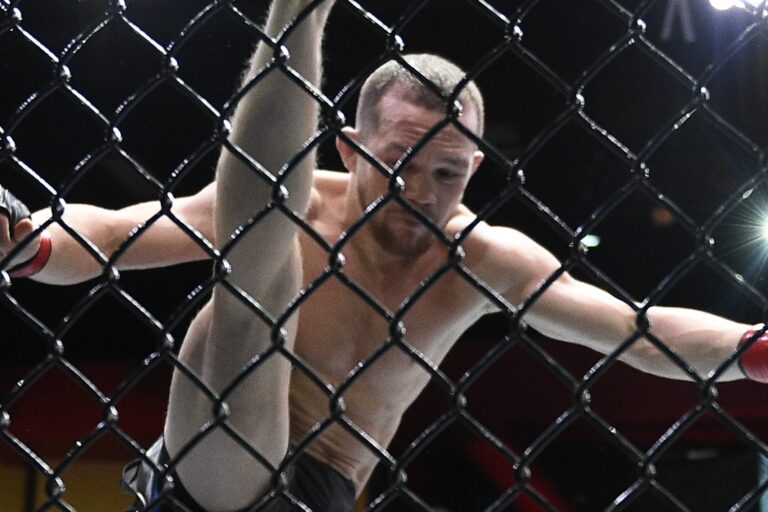 UFC 267 is just days away as the Ultimate Fighting Championship prepares to return to its spiritual second home of Fight Island in Abu Dhabi.

This blockbuster PPV event kickstarts an insane stretch that’ll also see fans being treated to another huge card next weekend at UFC 268 in New York City. Alas, before we get back to the world’s most famous arena, we first focus on a card that’s really flying under the radar.

Between two fascinating title showdowns and a whole heap of carnage just waiting to take place, these are the five main reasons why you should all be tuning in when UFC 267 commences this Saturday.

Veterans head into the battle

Jan Blachowicz and Glover Teixeira have both had phases of taking one step forward and two steps back but now, in October 2021, they’re the two best 205-pounders on the planet. On Saturday, they’ll get to prove that to the watching world – and we’d be stunned if we don’t see a finish.

Aljamain Sterling’s persistent neck problems have ensured that we won’t get to see the undisputed UFC bantamweight title being put on the line in Abu Dhabi. Instead, we’ll get one of the best “Plan B” fights in recent memory as Petr Yan – the former king of the division – meets Cory Sandhagen for the interim strap in what is quite possibly one of the most intriguing style match-ups of all time.

Amanda Ribas is one of the most marketable fighters in all of mixed martial arts and one of the biggest reasons for that, sincerely, is her smile. Yes, she’s one of the scariest submission artists at strawweight, but the Brazilian also has an incredible personality that we’re bound to see shine through when she takes on a tough challenge in the form of Virna Jandiroba.

Remember all of those late nights where we had to stay up until 5am to catch a PPV main event? Well, while they aren’t entirely behind us, this weekend is going to serve as a fresh change of pace with UFC 267’s main card getting underway at 7pm BST. Oh, and if you want to catch the prelims, they’ll be on your screen at around 5pm on BT Sport – you’re welcome.

Khamzat Chimaev started off like a house on fire in the UFC with three wins in two weight classes in just 66 days. Now, after a year on the shelf due to complications from his battle with COVID-19, the man known as “Borz” is back to square off against Li Jingliang at welterweight. Based on everything we know about both men up to this point, this is going to produce absolute fireworks.