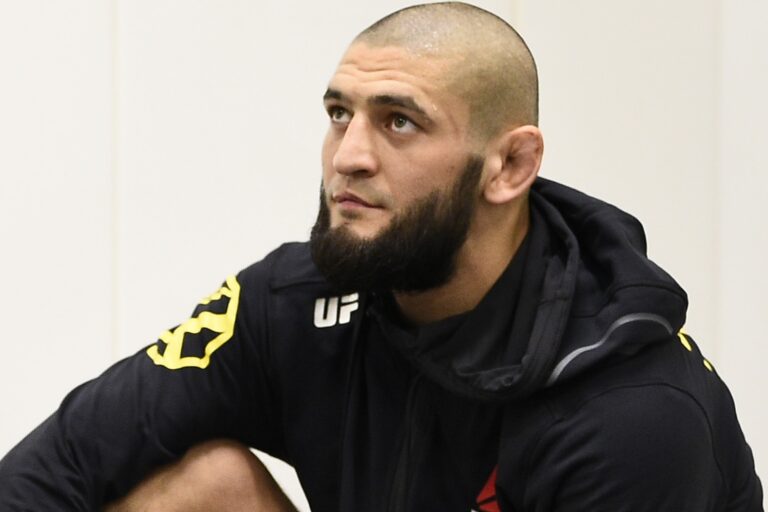 Just over 15 months ago, Khamzat Chimaev was a professional MMA fighter with a 6-0 record and a lot of potential in the sport.

In the present day, he sits at 9-0 and is widely considered to be one of the most intriguing athletes on the UFC’s roster.

The 27-year-old, best known as “Borz”, made an outrageous splash in the UFC by winning two fights in the space of just 10 days back in July 2020 – and he did so in pretty convincing fashion. Chimaev brutalised John Phillips and Rhys McKee in two different weight classes and then, less than two months later, he laughed off the challenge of Gerald Meerschaert with a 17-second knockout that provided us with further evidence of the potential this kid has.

All of a sudden he shot up to 2.5 million Instagram followers with some suggesting he could be the 170-pound and 185-pound champion within just a few years.

That journey was beginning to speed up when he was sensationally booked to take on Birmingham’s own Leon Edwards in what would’ve been a huge step up in competition for the Chechen beast. Unfortunately, a tough battle with COVID-19 not only ruined his chances of taking on Edwards, but also put his entire career in jeopardy as the lung complications he suffered courtesy of the virus had Chimaev contemplating retirement. 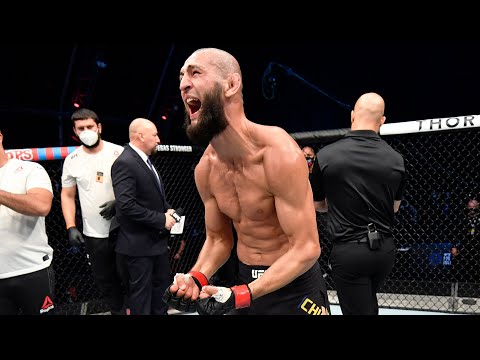 One year later, we find ourselves just days away from UFC 267 when Khamzat Chimaev finally makes his way back onto the main stage to face the always tough Li Jingliang. Nobody really knows what to expect from him inside the octagon or afterwards on the mic but based on his trash talk up to this point, he isn’t going to go quietly into the night.

Many fans have been searching for the successor to Khabib Nurmagomedov ever since “The Eagle” retired at UFC 254. In truth, there’s never going to be anyone quite like Khabib – but that doesn’t mean Khamzat Chimaev can’t forge his own path as an entirely new kind of enigma both at welterweight and middleweight.

This man means business and if you’re a betting kind of viewer, the smart money is on Chimaev doing what Chimaev does best on Saturday night in Abu Dhabi – dominating.