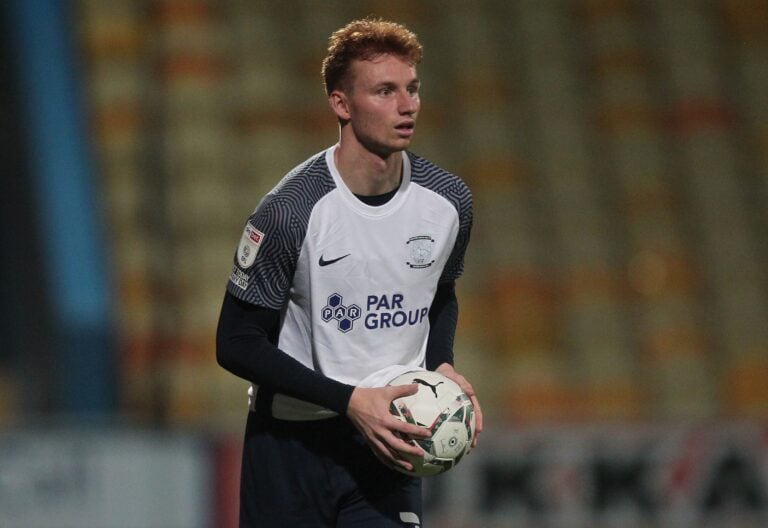 Liverpool defender Sepp van den Berg has spoken of the “weird” feeling of the possibility of playing for Preston North End against his parent club in the Carabao Cup tonight.

The Reds take on North End at Deepdale tonight with a place in the quarter-finals of the competition up for grabs.

Van den Berg has been on loan at PNE from Liverpool since February, and would not be eligible to play in normal circumstances.

However, Liverpool have granted permission for the Dutch defender to line up against them tonight – and he told the club’s official website about his feelings ahead of the big fixture.

He said: “I’m a guy who thinks quite a bit about everything anyway, so if you think about it – and especially me – it’s going to be weird.”

“But it’s an amazing game. We’re playing at home and for the fans; it’s probably just to see it as a normal game, a big game, and give everything. Afterwards, when I see the faces of everyone, it’s going to be weird again, but just a really good experience I think.”

“I was thinking before [the draw], because I saw the teams that won and I saw a few big names as well, I was like, ‘There’s no way we’re getting Liverpool!’ But to be fair, everyone here is buzzing – we’re happy, we’re looking forward to it.”

As you would no doubt expect, Liverpool go into the game as big favourites, and are looking to continue their journey towards potentially lifting the Carabao Cup for the first time since 2012. Frankie McAvoy’s side, meanwhile, are playing in the fourth round for the first time in over four years.

McAvoy praised Jurgen Klopp and his Liverpool side prior to the game, telling PNE’s official website: “They’re one of the biggest clubs in the world. [They have] fantastic history about them and at the moment they’ve probably got one of the top coaches in the world. I don’t think there’s any question or doubt about that.”

“They’re magnificent. You watch them, they pass, they move, their front three are electric and even the ones who don’t get a game for them at the moment are fantastic players.”

“You just need to look at the last round where they went with what people say is a second string and they turned over Norwich 3-0 at Norwich, so we know the task that we’re facing. It’s a monumental task. Nobody’s probably giving us any hope at all for us to get anything out of the game, but you never know what can happen.”