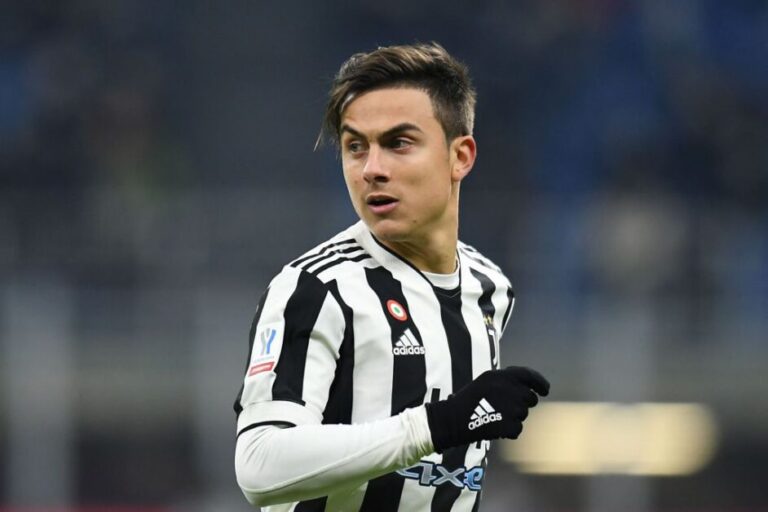 Paulo Dybala will reportedly not receive a new contract at Juventus, despite being one of the club’s most important players.

Since signing for Juve in 2015, the Argentinian has helped the Italian side win five Serie A titles. His natural high-level footballing IQ and creativity, combined with an excellent eye for goal, has contributed to the 28-year-old becoming one of the best attacking midfielders on the planet.

Having bagged 78 goals in 196 league games, the gifted player seemed sure to stay at the club. In October, esteemed journalist Fabrizio Romano tweeted that the Serie A giants were in advanced talks to extend Dybala’s contract.

He said: “Juventus are set to extend Paulo Dybala’s contract until June 2025. The agreement is at the final stages – not signed yet but more than advanced. Last details to be fixed soon

“Paulo’s current deal expires in June 2022. He always wanted to stay at Juventus.”

That news came as no surprise. On the surface, the club loved Dybala, and he cherished them just as much in return. As per Goal, the Argentinian international claimed that the deal was as good as done.

Dybala said: “We hope to close soon for the renewal. This is everyone’s desire to complete the negotiations. They know that on my part, there is a great desire to stay in Turin. I know that the management also wants to extend my contract and we have started talking again.

“We hope that everything will be over soon and good news can arrive for everyone. I am very confident.”

But in a shocking turn of events, it looks like their relationship with one another could be coming to an abrupt end.

Following their near agreement, as per 90min, Juventus decided to change the terms.

Their midfielder has missed seven games through injury this season and was previously absent between January and March in the last campaign. Therefore, the Serie A side wished to reduce the length of the deal they had previously verbally agreed on.

Furthermore, they intended on reducing the fixed portion of the salary to a more incentivised structure. Unsurprisingly, the Laguna native has viewed this offer as a massive slap in the face. As per TYC Sports‘ Cesar Luis Merlo, Dybala decided not to renew his deal off the back of the decision made by Juventus.

Read: Everton want to sign an ex-Arsenal star from Juventus

He now feels that he has no other option than to look elsewhere.

The nature of his current circumstances means that the footballer is currently allowed to negotiate with other clubs. That is because he is allowed to sign a pre-contract agreement with any European club outside of Italy in the last six months of his present deal.

Any departure would be a massive kick in the teeth for his current side, especially as they are struggling financially.

The news will surely put some of Europe’s biggest clubs on red alert. The versatile forward would be a valued commodity at any club. In the past, he has captured the interest of Premier League teams such as Manchester United and Liverpool.

But the club that could appeal most is Barcelona. As per El Nacional, the Spanish giants were given a chance to sign the forward last month. Given their financial struggles, a free transfer for one of the world’s most talented attackers could be too good an opportunity to turn down.