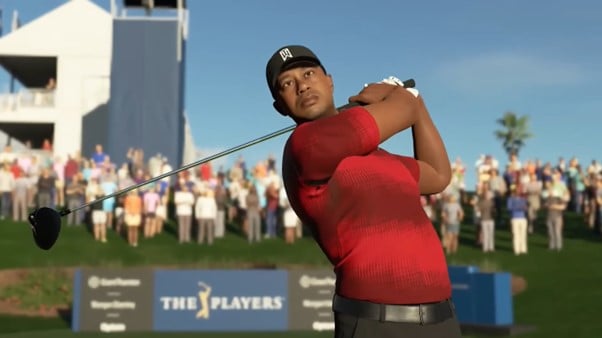 Golf fans will soon be able to virtually play as some of the most iconic players in the sport, thanks to the upcoming PGA Tour 2K23 game.

Available from October 11, PGA Tour 2K23 marks the first golf game from the developers in two years. Most notable, though, is the addition of an iconic cover star.

Tiger Woods has put his name on the upcoming video game, marking his first virtual involvement since his split from EA Sports in 2013. Additionally, Woods has extra responsibilities. Aside from being cover athlete; he is also an executive director for the game.

In an attempt to make 2K23 as authentic as possible, there will be 20 real-life, authentic courses for players to compete on. Per Dexerto, 2K will also add four more courses after the game’s launch.

Real-life players will provide further authenticity to the PGA Tour 2K23 experience. As a result, several pros have made themselves playable options on the game.

Gamepur reports that at least 14 golfers will be available in the game from launch day. In addition, 2K will add more players in the future via free DLC updates – meaning that the PGA Tour 2K23 playable roster will increase throughout the game.

However, as it stands, just nine players are currently known. As the cover athlete, Tiger Woods is obviously the headline-grabber. Then, three of the top 10-ranked golfers in the world make the cut, too.

These are Justin Thomas, Collin Morikawa, and Will Zalatoris. Joining them is fellow US star, Tony Finau.

A trio of top players from the women’s game are also in PGA Tour 2k23. These are World No.4 Lydia Ko, No.5 Brooke Henderson, and No.7 Lexi Thompson.

Finally, and most curiously, a legend from another sport is also in the game. NBA icon Michael Jordan – an avid golfer – makes the 2K roster, although he is a pre-order-only character.

As ever with video games, PGA Tour 2K23 comes in three different versions. The standard edition contains no extra goodies unless you pre-order to get the Michael Jordan pack.

In contrast, the Tiger Woods Edition gets you some bonus content, plus the Tiger Woods Signature Sunday pack, Deluxe bonus pack, and Golden club pack. These provide gamers with a variety of unique in-game items.

Similarly, the Deluxe Edition comes with all the extra items, except for those in the Tiger Woods Signature Sunday pack.

The Deluxe and Tiger Woods Editions launch on October 11. Meanwhile, Standard Edition buyers have to wait a few days longer, getting access to the game on October 14.

Finally, to recap, here are the nine confirmed players in PGA Tour 2K23: