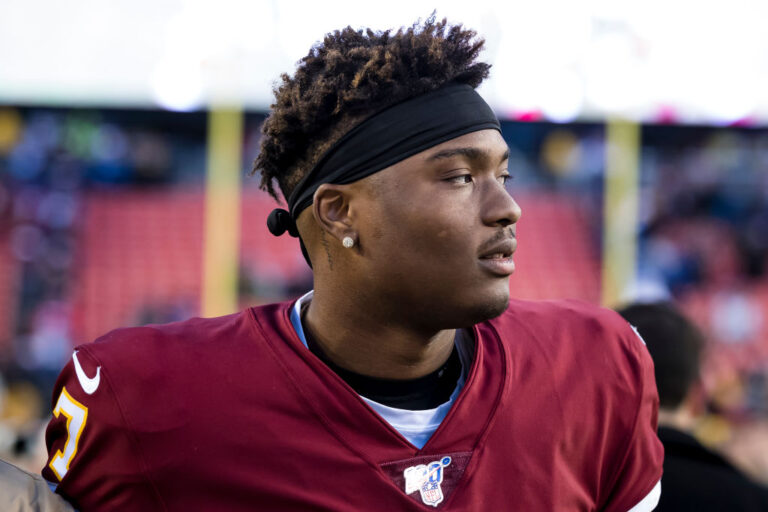 NFL quarterback Dwayne Haskins died on April 9 after being hit by a truck while attempting to cross the interstate on foot.

The Florida Highway Patrol in West Palm Beach revealed the player passed away due to a “fatal vehicle vs pedestrian crash” at 6:30 am. For reasons unknown to the public, the footballer was walking along a limited access facility. Fans have speculated this happened due to his car breaking down. But nothing is confirmed.

He attempted to cross the westbound lanes of Interstate 595, where there was oncoming traffic. Lieutenant Indiana Miranda told NBC News via email that this was when the fatal incident occurred. Medics pronounced the player dead on the scene. Miranda has added that the events remain open to a potential traffic homicide investigation.

The Steelers head coach, Mike Tomlin, discussed the news in a statement.

He said: “I am devastated and at a loss for words with the unfortunate passing of Dwayne Haskins. He quickly became part of our Steelers family upon his arrival in Pittsburgh and was one of our hardest workers, both on the field and in our community.

“Dwayne was a great teammate, but even more so, a tremendous friend to so many. I am truly heartbroken. Our thoughts and prayers are with his wife, Kalabrya, and his entire family during this difficult time.”

Dwayne Haskins had the talent to go very far

The American sportsman, renowned for his performances at Ohio University, had the potential to become a future star. Although he only started one season, the supremely-gifted athlete became one of the best players in college football. He set Big Ten records and finished in third place in the Heisman Trophy voting in 2018.

He then continued his development in the professional game, where his career, which could’ve gone significantly further, came to an end. Fans gathered for a small vigil at Ohio stadium in remembrance of the popular player.

Supporters showed their admiration for Haskins by leaving items at the gate, such as flowers, jerseys and helmets.