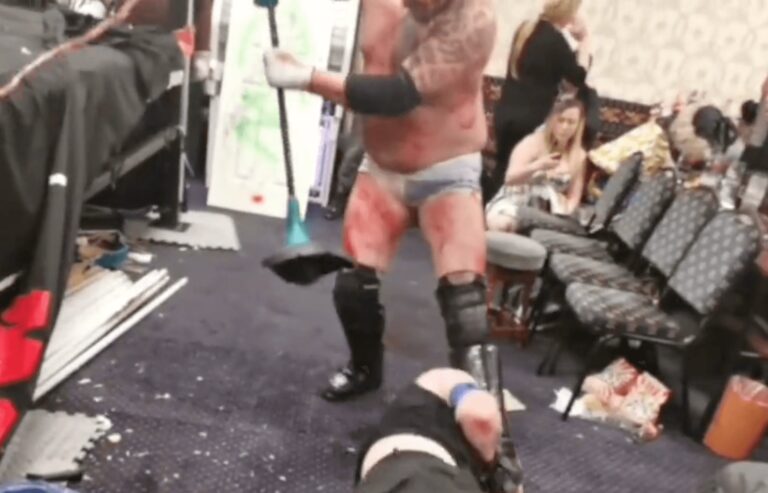 Police have launched an investigation into a wrestling ‘death match’ that took place during an event in County Durham.

The Seaham Conservative Club put on an event for the Colliery Championship Wrestling (CCW) company on April 29.

According to the company’s own Facebook page, CCW is a mining-themed wrestling organisation. It is based on former coalfields in England’s North East.

It aims to help those suffering from mental health problems and homelessness, and others in the local community. A post on its page reads: “CCW is built on love and friendship and caring for one another and helping others, it’s not being built on greed.”

Unfortunately, their latest event has made headlines for all the wrong reasons.

What is a wrestling ‘death match’?

A ‘death match’ is where two or more wrestlers brutalise each other in a match using a series of foreign objects.

Amongst the objects more commonly used are fluorescent light tubes, barbed wire, thumbtacks and even fire. Unsurprisingly, therefore, the action is very graphic and violent, and heavy bleeding is often involved to emphasise the scale of the match.

Death matches are heavily frowned upon in some US states or even outlawed entirely. They do not happen in major companies such as WWE or AEW, although WWF and ECW specialised in hardcore match types during the late 1990s/early 2000s.

Why are police investigating the CCW event?

According to BBC News, CCW did not disclose that the event would feature a ‘death match’. Families, including young children, were present.

The report also states that both opponents involved in the match used a garden strimmer and glass.

The promoter, James Barrass, then claimed that he did not know the match would occur. He also apologised but said that the audience enjoyed it.

He said: “I spoke to the two guys afterwards. We had discussions, and obviously, that will not be happening again.

In footage posted to YouTube by The Telegraph, one wrestler can be seen attacking another with the strimmer. Audience members, including young children, watch on – some in horror.

Furthermore, in a separate clip, several blows are exchanged between the heavily bleeding wrestlers using what appear to be light tubes.

Warning: The following shows footage some may find distressing

A poster pre-advertising the event called the match a ‘3 Out Of 5 Doors’ match. Cultaholic report that families were offered discounted tickets for the show.

Durham Constabulary said: “We are working with Durham County Council’s licensing team after a number of complaints were received by the local authority in relation to an event at Seaham Conservative Club on 29 April. Inquiries are ongoing.”