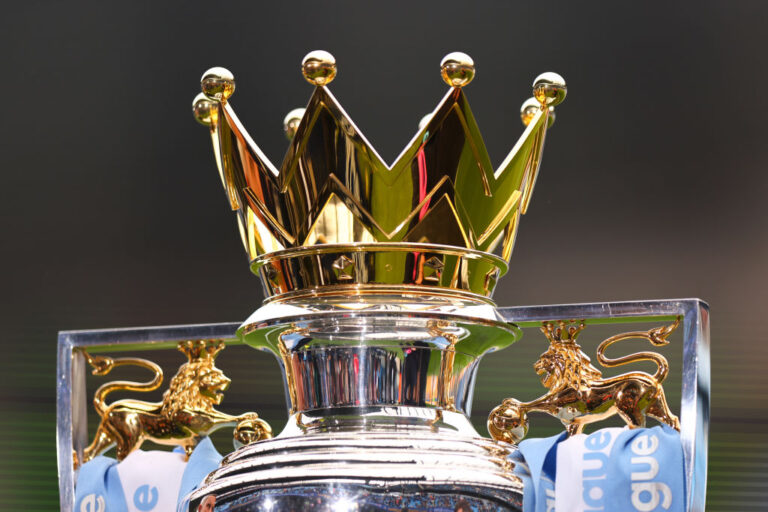 The Premier League is set to go into its final day with all the major scores still to be settled, and we have all you need to know ahead of the action, including the UK start time.

Manchester City and Liverpool are still vying for the title. In addition, the final relegation place is still to be decided, and Champions League and Europa League qualification remains up for grabs.

Spectators are in for a treat on Sunday afternoon. Here’s your one-stop guide to the season climax:

What time does the Premier League final day start?

All Premier League fixtures will kick off simultaneously on the final day. The action will get underway on Sunday, May 22 at 4pm BST.

For viewers in the US, these matches will begin at 11am EDT, and 8am PT.

How can I watch the Premier League final day?

The two fixtures that have been chosen for broadcast in the UK are Liverpool v Wolves and Manchester City v Aston Villa. Both matches are being shown on Sky Sports for UK residents. For more details on subscription options for Sky Sports channels, click here.

The complete fixture list for the final day of the 2021/22 Premier League season is as follows:

The major honours – and disappointments – are still to be decided. As we approach Sunday’s final round of Premier League fixtures, there is still much up for grabs.

Manchester City and Liverpool are still battling for the Premier League title. Only one point separates Pep Guardiola and Jurgen Klopp’s sides, with City narrowly in the lead.

City host Steven Gerrard’s Aston Villa on the final day. The legendary Liverpool midfielder would love to pick up three points to end his side’s season – and potentially do the Reds a favour in the process.

On the other hand, Klopp’s side host Wolves at Anfield on Sunday. Victory for Liverpool, and a draw or loss for City, would hand the title to the Reds.

However, if Guardiola’s side can match or better Liverpool’s result, the Premier League title will remain at the Etihad Stadium for the second consecutive year.

On Monday, Mikel Arteta’s side slipped up against Newcastle to hand the advantage to Antonio Conte’s Spurs.

Two points separate the sides, meaning that Arsenal have to win at home to Everton to have any chance of finishing in the top four.

But even if Tottenham draw against Norwich, their far superior goal difference makes it incredibly unlikely that the Gunners would leapfrog them.

Europa League qualification will go to either Manchester United or West Ham. David Moyes’ side are two points behind United but have a better goal difference than Ralf Rangnick’s team.

If the Hammers can win against Brighton on the final day- and the Reds fail to win- they will earn themselves a spot in next season’s Europa League. However, United only need to match West Ham’s result to qualify.

Regardless, both teams will be competing in Europe next term. The club that finishes in seventh position will claim a spot in the Europa Conference League.

Everton sealed their Premier League survival after beating Crystal Palace 3-2 at Goodison Park on Thursday. After being 2-0 down at half-time, they embarked on a three-goal comeback.

The battle to avoid relegation is now between Burnley and Leeds. On Thursday, the Clarets drew 1-1 with Aston Villa, meaning they are above their rivals on goal difference. With a far worse goal difference, Leeds will have to better Burnley’s result to stay in the Premier League for next season.