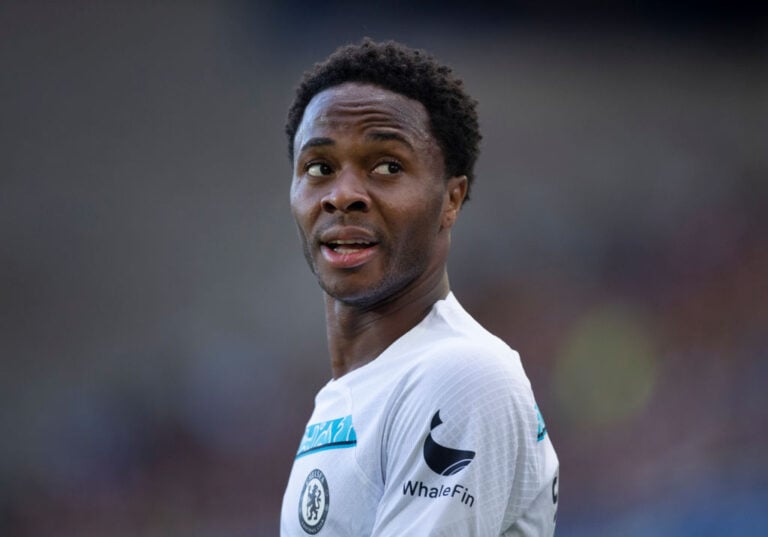 New Chelsea signing Raheem Sterling has revealed why he knew that he had to leave Manchester City on a permanent deal this summer.

The England international departed the Etihad Stadium in July, after seven years at the club. He became Chelsea‘s first summer signing, and the first signing brought in under the ownership of Todd Boehly.

At City, Sterling went from an already established Premier League talent to one of the best wide forwards in world football. He scored 131 goals in all competitions for the Cityzens, including 20 Premier League goals in the 2019/20 season.

He also refound his England form towards the end of his time at the Etihad. Sterling netted eight goals in nine games in 2019. He then highly impressed at Euro 2020 as Gareth Southgate‘s side reached the final.

At 27, Sterling is still in the prime of his career. In addition, he is undoubtedly still to improve even further as a player. But things turned slightly sour towards the end of his time at City.

Of the club’s 29 games in the current calendar year, before his departure, Sterling made 18 starts. He was on the bench for the other 11 games, restricted to cameos or not even getting game time at all.

Raheem Sterling explains why he left Man City for Chelsea

Now at Chelsea, Sterling can expect to be one of the first names on the team sheet for Thomas Tuchel‘s side. He started their opening game of the season, a 1-0 win over Everton. The 27-year-old played the full 90 minutes, starting in a more central role than what he was used to at City.

Speaking before his side’s Premier League clash against Tottenham Hotspur on Sunday, Sterling revealed why he knew he had to leave Manchester City.

He explained (quotes via BBC Sport): “Since I was 17, I’ve been a regular starter. To get to the peak in my career, not to be playing regularly was something I couldn’t accept.

“My personality is to try to fight and change the scenario. But it didn’t come, and that was it. As a person, you strive to achieve, and I just felt my time at City was getting limited on playing time, for different reasons. I couldn’t afford to waste that time, so I needed to keep that same level and a fresh challenge.

“[Chelsea] was the option that was tailor-made to my personal goals, and with my family as well, and the direction the club is going in.”