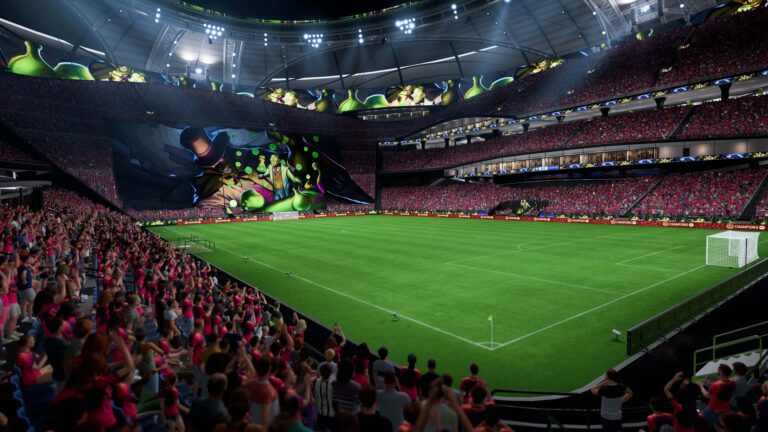 As one of the game’s most popular modes, players are excited to see what EA have in store for Ultimate Team in FIFA 23. With this in mind, here are the key features that the developers have added for you to tackle.

Following the previous Deep Dives for other elements, such as Career Mode, Pro Clubs, and general gameplay, EA saved what many believe to be their best until last. Many gamers use FUT for the majority of their time on FIFA, so developers have to go all-out to provide inventive and incredible content regularly.

For FIFA 23 Ultimate Team, the franchise has introduced a raft of changes to their flagship game mode. A new player mode, revamped chemistry system, and the return of an old favourite headline the modifications.

So, what has changed?

This brand new, single-player mode provides gamers with fast-paced, immediate action in a number of different scenarios. In FUT Moments, players complete short challenges based on a variety of themes.

For instance, a player may be dropped into the last two minutes of a game where the score is tied. Here, the challenge would be to score and win the game, whilst ensuring you do not concede too. Different challenges will drop throughout the year, keeping content fresh.

The Deep Dive pitch notes confirm that FUT Moments will come out as “Stories”, which are then divided into “chapters”. As you complete each moment to progress through the chapters, players will receive a score from one to three FUT Stars.

By collecting FUT Stars, users can unlock rewards which they can then use to upgrade their clubs. This unique and speedy new game mode provides a fresh alternative for both novices and pros alike.

Now, arguably the most crucial change coming to FIFA 23 Ultimate Team is the new chemistry system. Gone are the days of loyalty, position links, and lowered player attributes; there are new ways to build your squads next year.

In contrast to previous games, FIFA 23 puts the focus on individual player chemistry, rather than team chemistry. As a result, overall squad chemistry is not even in the game anymore. But how do you build chemistry?

This year, differing factors determine player ‘chem’. These elements help give your player a Chemistry score from zero to three. Firstly, placing your player in their preferred position in the starting line-up enables them to gain points. If they are out of position, a player does not add to their chemistry score.

Players can then build chemistry by matching club, nation, or league with other cards in the starting XI. Interestingly, though, these players do not need to have a positional link anymore.

By matching either league, nation, or club, gamers can add points to build up a player’s chemistry threshold.

It is also worth mentioning that players have “alternative positions”, meaning you can use a consumable to change their position based on real-life. For instance, Joao Cancelo has a secondary position of left-back in-game, so gamers can switch his card from one full-back slot to another.

Another massive new element coming to FIFA 23 Ultimate Team is cross-play. For this upcoming game, matchmaking in Rivals, FUT Champions, Online Friendlies, Draft, and Play a Friend is cross-console.

Despite this, you have to play the same generation of consoles. This means that PS5 players can only play against Xbox Series X users, and vice-versa.

Furthermore, this unified matchmaking facility also impacts the transfer market. EA have now put a single, global transfer market in FIFA 23. Previously, the market was separate for each console.

Of course, this may affect card prices, but it could mean that some of your favourites are a bit cheaper, such as icons and heroes.

Ultimate Team is stocked up with a huge number of Icons for FIFA 23, with over 90 available in the game. Alongside this, EA are introducing a number of new Heroes to the game mode, for an added touch of nostalgia.

The gaming giants have already confirmed Yaya Toure, Park Ji-Sung, Claudio Marchisio, and Ricardo Carvalho as Heroes for next year. There will also be plenty more coming soon.

In terms of the new chemistry system, Icons count as two points towards the nation threshold. Meanwhile, Heroes add two points to their league threshold, and one to the nation.

However, for both icons and heroes, they need to be in their preferred positions to count.

Away from team changes, the stadium has also experienced some upgrades. Users can now enjoy a new roof on their customisable arena, as well as upgraded tifos and animated trophies. There are also animated tifos in the game, meaning you are free to make your supporters really stand out from the crowd.

Finally, the World Cup mode is making a welcome return to FUT in FIFA 23. EA have stayed quiet on that, so we will have to wait and see what they are planning.

With all these improvements, FIFA 23 Ultimate Team will surely be their most engaging offering ever.