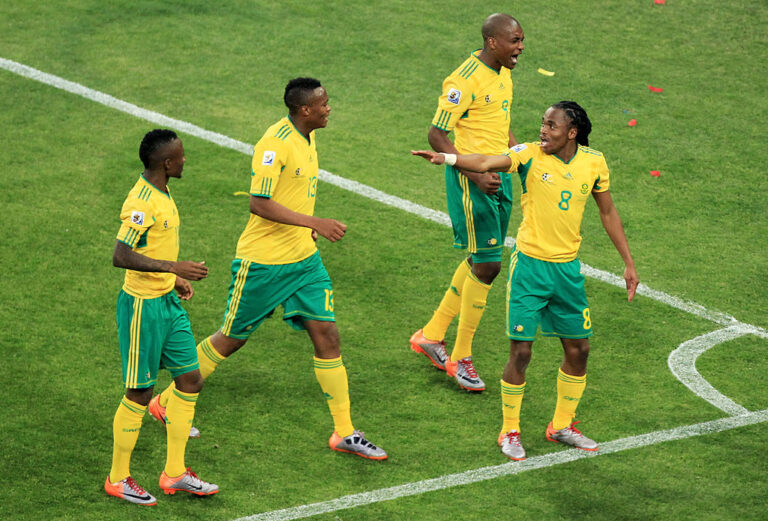 With less than a week until Qatar open up their own World Cup against Ecuador, we’re going to take a look at the history they will be hoping to avoid. Here are three of the worst host nation performances that the World Cup has ever seen.

At fiftieth in the FIFA world rankings, the 2022 hosts face a daunting prospect as an underdog in this tournament. However, they may fancy their chances at upsetting their higher-ranked opponents Ecuador (44th) in the first game.

Following this, the 18th-ranked Senegal and the eighth-ranked Netherlands make for much tougher challenges. So, Qatar may actually end up on this list after the winter World Cup.

But, for now, they are safe from this infamous piece of history. We will judge former World Cup hosts by how far they got in their respective tournaments. In the event that some teams reached the same stage of the competition, then their group stage performance will differentiate them.

Okay, so technically Japan were the joint hosts of the 2002 World Cup – but they were the worst of the two nations in the tournament. South Korea, in contrast, went all the way to the semi-finals.

Playing in Group H, Japan began their tournament with a 2-2 draw against Belgium. In a game where all four goals came in the second half, Japan took a 2-1 lead before Peter van der Heyden found an equaliser for the Belgians.

But, from here, the Japanese side enjoyed success in Group H. They beat Russia 1-0 in their second game, with Arsenal player Junichi Inamoto grabbing the vital goal.

Then, a 2-0 victory over Tunisia actually meant that the Samurai Blue finished top of their group. Hidetoshi Nakata, who some may know from his days at Roma and Parma, grabbed a goal in the win.

Unfortunately, the round of 16 proved a bridge too far for the arguably already overachieving Japan. Playing Turkey in the knockout stage, the co-hosts suffered a heart-breaking 1-0 defeat thanks to an Umit Davala header.

As a result, the Japanese side of 2002 matched the joint-worst performance by a host nation in World Cup history. The team whose record they matched? America, in 1994.

As soon as music icon Diana Ross missed a penalty during the opening ceremony, you could tell that this was not going to be a great tournament for the hosts, the USA. This ultimately proved to be the case.

Playing indoors at the Pontiac Silverdome, America drew their first match against Switzerland. Swiss midfielder Georges Bregy scored the opening goal of the tournament, then Eric Wynalda equalised for the USA just five minutes later. So, at least America had scored in their tournament.

Following this, the USA got their first win of their World Cup – but it was stained with tragedy. America beat Colombia 2-1 thanks to an own goal from Andres Escobar and a strike from Ernie Stewart.

Colombia also scored a 90th minute consolation via Adolfo Valencia. Whilst the USA were jubilant, the defeat effectively knocked Colombia out of the tournament. Colombians blamed own goal scorer Escobar for the embarrassment, and the defender was tragically murdered when he returned to his homeland.

America’s final group game was a lot less dramatic, although disappointing. They lost 1-0 to Romania, who actually reached the quarterfinals in 1994.

Despite the defeat, the USA made the round of 16. Even though they finished third in group A, America qualified as one of the best third-placed teams from all the groups.

But America’s tournament run ended at the first knockout stage. Facing a football giant in Brazil, a spirited USA performance came up short as they suffered a 1-0 defeat to the eventual winners.

As a result of not winning their group, America ranks higher than Japan 2002 on the worst World Cup host nation list. They are still clear of number one, though.

Bafana Bafana! The team that captured the world’s hearts with a stunning opening goal unfortunately comes in as the worst-ever host nation in FIFA World Cup history.

So many people remember Siphiwe Tshabalala’s absolute rocket of a strike in South Africa’s first match against Mexico. But ex-Barcelona defender Rafael Marquez equalised for Mexico, ruining the South Africa party, and earning a 1-1 draw.

Following this, the home nation received a reality check at the hands of Uruguay. The South American side beat South Africa 3-0, with a double from Diego Forlan firing them to victory. A red card for South Africa keeper Itumeleng Khune proved an unfortunate turning point in the match.

France had endured a tournament full of conflict within their own squad against manager, Raymond Domenech. Because of this, an ill-tempered French side suffered a dismissal in their match with the hosts. Yoann Gourcuff received a red card for an elbow whilst competing for a header.

But do not take anything away from South Africa. They were leading 1-0 before the red card, then doubled their lead thanks to Katlego Mphela. Former Chelsea winger Florent Malouda grabbed France’s consolation.

The victory saw South Africa finish third in Group A, a respectable result given their minnow status in international football. This does not stop them from picking up an unenviable record, though.

They are the first, and currently only, World Cup host nation to not get out of the first round – making them the worst in history.

Sorry South Africa, but thanks for the memories of an iconic tournament.