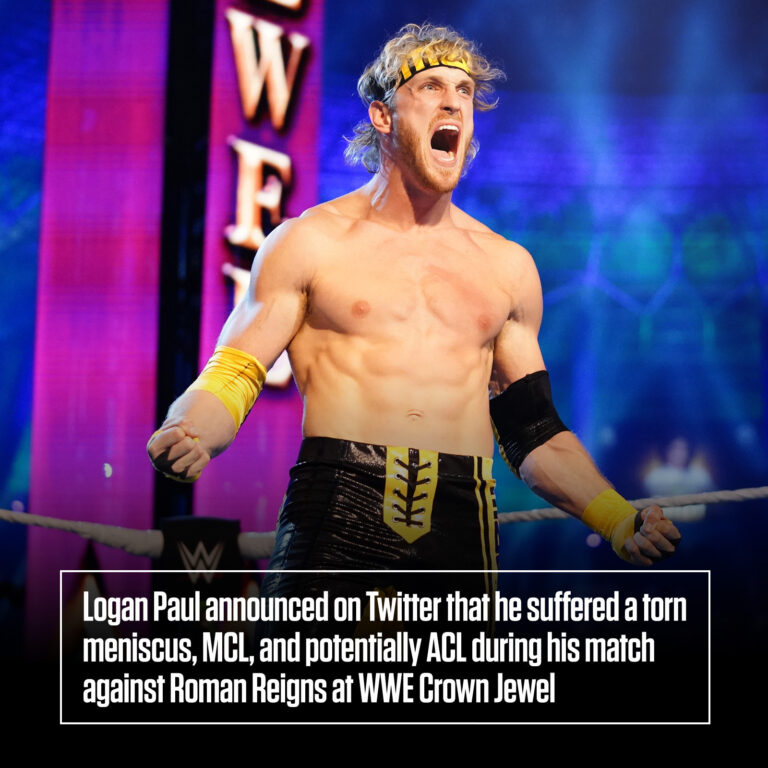 After his losing effort against Roman Reigns, Logan Paul, has set his sights on, John Cena, in what would make for one of the biggest matches in WWE history.

Whether people like it or not, ‘The Maverick’ blew the crowd away with his sensational performance at Crown Jewel. Despite not winning the title, the YouTuber has proven his talent, and it looks like he’s here to stay.

On his podcast Impaulsive, Paul revealed that he has contacted Triple H about the possibility of squaring off against the 16-time world champion, on the grandest stage of them all, explaining that the major event is taking place on his birthday and would make for an incredible present.

Paul said: “After the Crown Jewel event, John Cena posted about me on his Instagram. And then I saw an article saying he’s looking for an opponent at WrestleMania. I favourited it, responded with ‘the eyes’. I mean, truthfully, I think me vs John Cena would break the internet. I texted Triple H right away, ‘do you want to break the internet again?’ That’s a dream matchup, dude: at WrestleMania, in LA, on my birthday. Triple H, throw me a bone, give me a birthday present, let me take out John Cena. And that’d be crazy.”

“I think that’s the model I’m going to pitch to WWE, to give you an insight into what our meetings look like. This week, we’re meeting with them, I’m just going to be like, ‘Hey, this works for me. Put me up against the best y’all have, I’m gonna f****** deliver. You know that for a fact. Not only to put on an amazing match, but I’m going to put asses in seats and eyeballs glued to the television.”

While Paul awaits a decision, he’ll have to sit back and hope his injured knee returns to full health in time for his dream match to come to fruition.

Cora Jade could be ‘the next Sasha Banks’, says Triple H