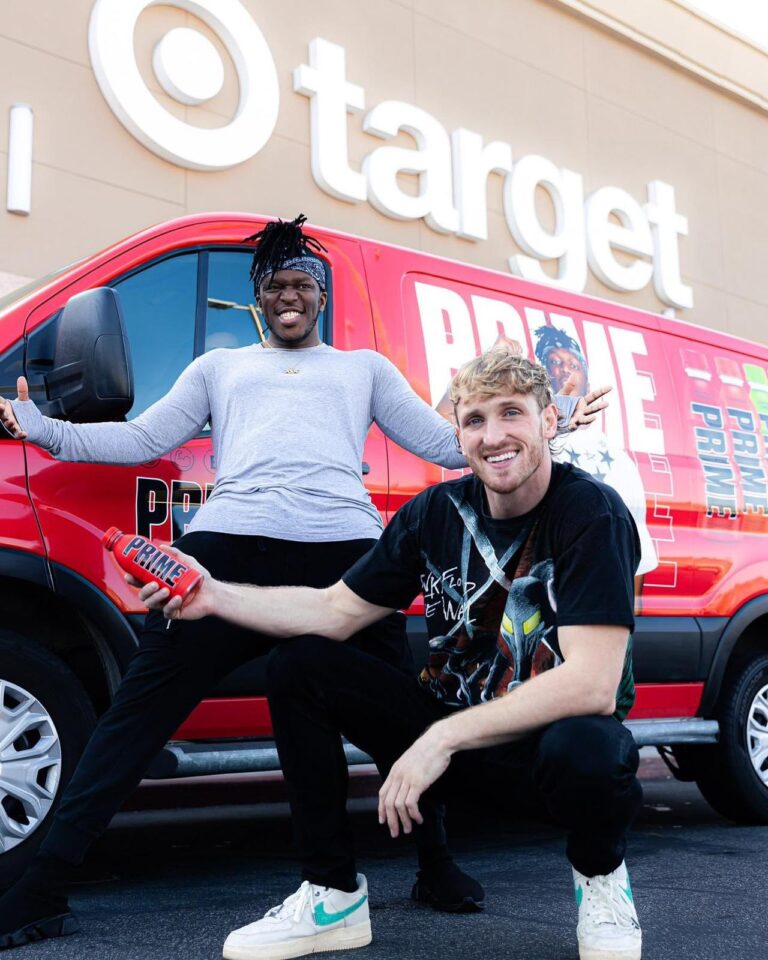 Due to the immense popularity of ‘Prime’, ASDA has had to restrict the sale of the energy drink created by rivals, turned friends, KSI and Logan Paul.

Since its launch, the product has generated enormous revenue, with stock flying off the shelves at an incredible rate.

However, despite regular deliveries, the supermarkets can’t keep up with the demand.

Kids are camping out overnight to get their hands on the drink before they get to school, which is causing an enormous ripple effect.

After contesting two competitive boxing matches, the pair of YouTubers (who have a combined subscriber count of over 50 million) have become pioneers in a new age of entertainment.

Their reach and global fame have far exceeded most entertainers who come through the traditional route.

Consequently, they have enormous influence and can therefore generate a massive buzz resulting in huge sales.

But while fans in America can purchase Prime with ease, it’s a little bit more difficult in the UK.

ASDA is the only store in the UK selling all the flavours, including Lemon Lime, Tropical Punch, Ice Pop and Blue Raspberry.

With so many teens bulk buying, the supermarket giants have set customers a purchase limit of just three bottles.

The MEN’s Manchester Family paid a visit to Asda Horwich Superstore, at Middlebrook Retail Park in Bolton twice this weekend.

However, upon arrival, they discovered that there was no Prime left.

The case is the same at other stores across the Greater Manchester area, where families have reportedly queued from 5 AM to try out the new sports beverage.

The only other official supplier of the drink is KSI’s beloved Emirates Stadium. But fans who can’t make it to Arsenal’s home ground can attempt to purchase the product via the UK website.