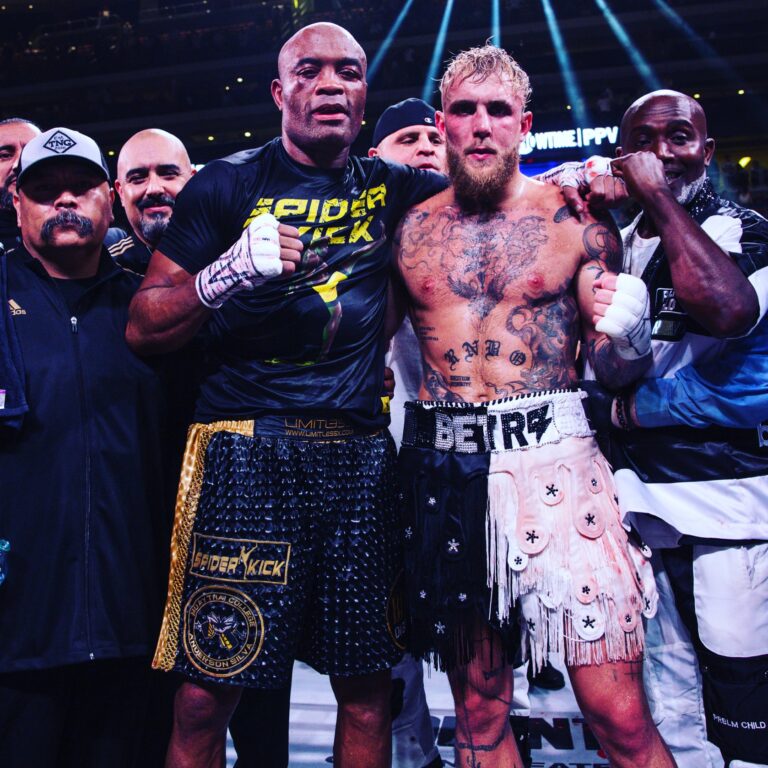 On October 29, Jake Paul recorded the best win of his career by outpointing the legendary Anderson Silva. But the PPV didn’t sell as well as he’d have hoped.

Despite not originating from a boxing background, ‘Silva presented an interesting challenge for Paul.

Since retiring from MMA, Silva has transitioned to ‘boxing and picked up victories over Tito Ortiz and former world champion, Julio Cesar Chavez Jr.

Therefore, despite his advancing age, many expected him to terminate the self-proclaimed ‘Problem Child’

However, Paul rose to the occasion and overcame the slick skills of his southpaw opponent.

The result saw Paul having his arm raised at the Desert Diamond Arena in Glendale, Arizona.

But despite impressing the spectators in attendance, he failed to attract the eyeballs of the wider public.

During an appearance on Impaulsive, the content creator opened up on the mitigating factors that caused the bout to underperform.

He said: “It’s weird. Halloween, world series, Sunday football — this is the worst time of the year to fight, but guess what, I had to fight.

Paul then opened up on his disappointment at the lack of PPV sales.

The social media star believes Silva’s comments about getting “knocked out” in sparring prior to the bout, played a significant role in the underwhelming numbers.

He claimed: “The pre-buys were going crazy up, and one Wednesday when the news came out about Anderson saying he got knocked out or whatever, and the fight was in jeopardy and all this press came out, the pre-buys tanked all the way down,”

“The general public sees that and thinks like ‘oh, it’s not happening.’ Tommy pulled out, Hasim pulled out. ‘Oh, Jake f—ng Paul can’t get an event together. This is done.’ It killed ticket sales. We were still selling, then that day, everything went to zero.”