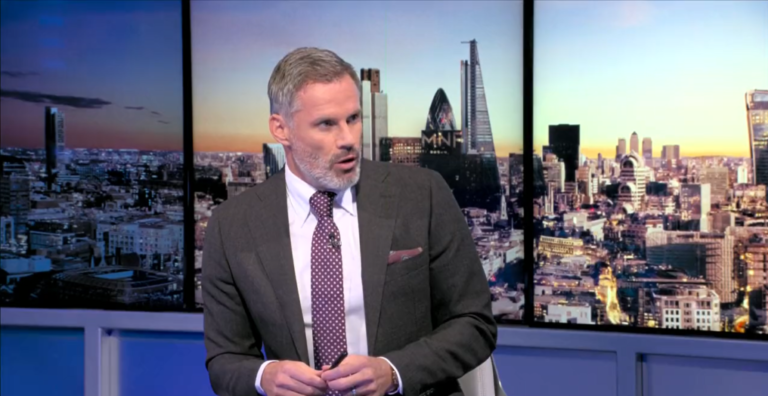 Liverpool legend, Jamie Carragher, has hit out against the timing of the 2022 Qatar World Cup after Son Heung-min sustained an injury which could prevent him from playing in the tournament.

The Tottenham Hotspur forward faces a race against the clock as he fights to recover from an eye injury.

Son had to leave the pitch during Tottenham’s Champions League match against Marseille. This was due to suffering a blow to the face which then resulted in severe swelling.

This injury could possibly prevent Son from playing to play for his home nation, South Korea, in the upcoming World Cup.

Despite South Korea progressing to the last 16 of the competition, Son now has to surrender himself to the fact that he might miss out on the biggest tournament in football.

However, he’s not the only player to suffer World Cup heartbreak.

Both Raphael Varane and Diogo Jota have been ruled out of the tournament after sustaining injuries playing for their clubs.

Consequently, one of the sport’s most prominent names has made a stand.

In the aftermath of Son’s heartbreak, Carragher slammed the decision to alter the timing of the sporting event.

Speaking on CBS Sports via The Daily Mail, the former defender said: “‘I think it’s an absolute disgrace that the World Cup is in the position it’s in, for lots of reasons.

“It was corrupt that Qatar were given the World Cup, we knew that at the time.

“They campaigned on having it in the summer. It is impossible there to have a World Cup in the summer with the temperature. It gets moved to the situation where it is now in the middle of the season.”

He continued: “Players who spend their whole lives dreaming of playing in a World Cup and now could be [out injured] – as we’ve seen with Son and players all around the world.

“Varane was crying coming off the pitch at Stamford Bridge. That’s how close we are to a World Cup.

“An injury, a ten-day or two-week injury, is going to keep players out of a World Cup and it should not be happening.

“And it all started with FIFA giving Qatar the World Cup and then moving it. I think it’s absolutely disgusting.”