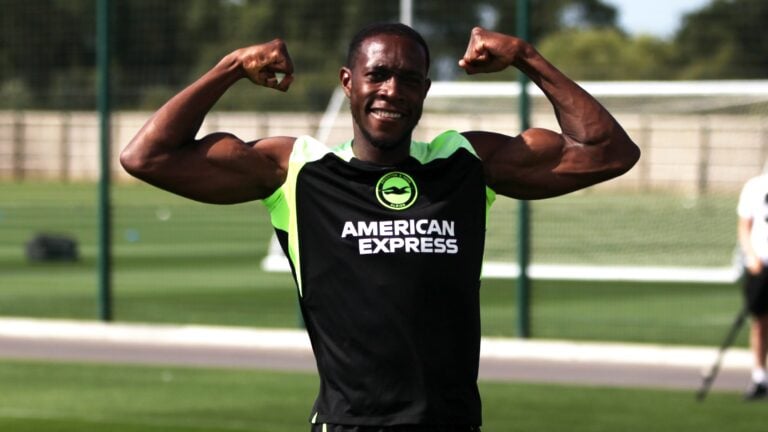 In a surprise move, Gareth Southgate has included Danny Welbeck and Lewis Dunk in a provisional World Cup squad.

Welbeck’s inclusion is interesting, as the striker is yet to hit the back of the net for Brighton this season.

However, his fortunes could soon change if the England gaffer deems him worthy of featuring in his final 26-man contingent.

Southgate will therefore decide which players will fly to Qatar on November 10. England is set to play Iran in their opening match 11 days later.

Welbeck has recorded an impressive 42 caps for the national side. However, he hasn’t been featured in the team since the 2018 World Cup in Russia.

Furthermore, Dunk has graced the pitch for his country on one occasion. This came against the USA at Wembley four years ago.

The two players have made significant impacts for Brighton this season. The pair featured in the side that beat Chelsea 4-1 on October 29.

However, according to The Daily Mail, it’s unlikely they will make the final cut.

Apparently, James Maddison, Eberechi Eze and Callum Wilson are also unlikely to travel to the 2022 World Cup.All three have been included in Southgate’s provisional squad.

It will be particularly disappointing for Maddison to miss out. The 25-year-old has recently dazzled fans at the King Power Stadium.

Thus far this season, he has hit the back of the net six times and also provided two assists.

However, Southgate appears unlikely to select him despite him recording the second-most goals of any English top-flight player since the start of 2021-22.

His overall tally of 24 only trails Harry Kane’s whopping 38.