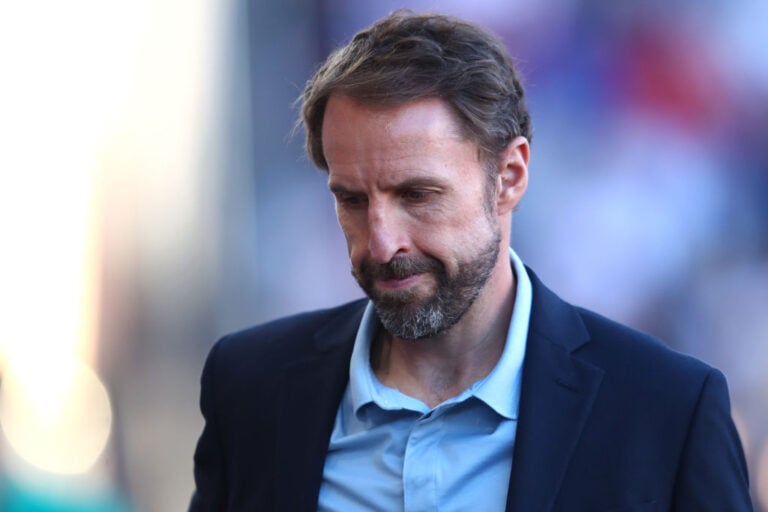 England manager Gareth Southgate has taken responsibility after his side lost 4-0 to Hungary in the UEFA Nations League on Wednesday night.

England’s Nations League campaign this year hasn’t entirely gone to plan. The Three Lions crumbled at the hands of Hungary on Wednesday night, losing 4-0 in their worst home defeat since March 1928.

The defeat, or rather the manner of it, prompted some fan unrest. Criticism was levelled at Southgate and his players, while chants of ‘you don’t know what you’re doing’ could be heard coming from the home supporters at Molineux.

Despite having the lion’s share of possession, if you pardon the pun, Southgate’s side lacked creativity. The visitors, on the other hand, were clinical.

Roland Sallai scored in the 16th minute to give Hungary the lead, and then added to his tally later in the second half. Fan unrest grew as England struggled to create many clear-cut opportunities.

Zsolt Nagy put the result beyond any reasonable doubt with ten minutes to go, before John Stones was dismissed after picking up his second yellow.

In the closing stages, substitute Daniel Gazdag added insult to injury. The midfielder broke through and nonchalantly dinked the ball over Aaron Ramsdale to make it 4-0.

While supporters’ feelings in the stadium were clear, those on Twitter were more varied. Some supporters were outraged, while others expressed sympathy.

Southgate was criticised for a ‘negative’ style of football. Some users went as far as to say England would ‘never’ win a major trophy with him in charge.

However, others backed Southgate. Prominent broadcaster Dan Walker reminded followers of the fact Southgate has made a ‘big difference’ to the national team, and journalist Oliver Holt labelled the abuse the England manager was getting as ‘pathetic’.

Following the match, Southgate spoke to the media. He took full responsibility for the shocking defeat, and said he understood the fans’ frustrations.

He said: “Yes, of course (I can understand them). In the end, this is about winning matches with England.

“Tonight was the sort of night that a lot of my predecessors have had and experienced, and it’s difficult.

“I’m not going to say it doesn’t hurt, but it’s very clear to me what we were trying to do across the four matches, and the irony is that the two Nations League campaigns have been the ones that have heaped negativity and pressure onto us.

“I’ve got to go with that, and it’s my job to protect the players. The results are my responsibility.”