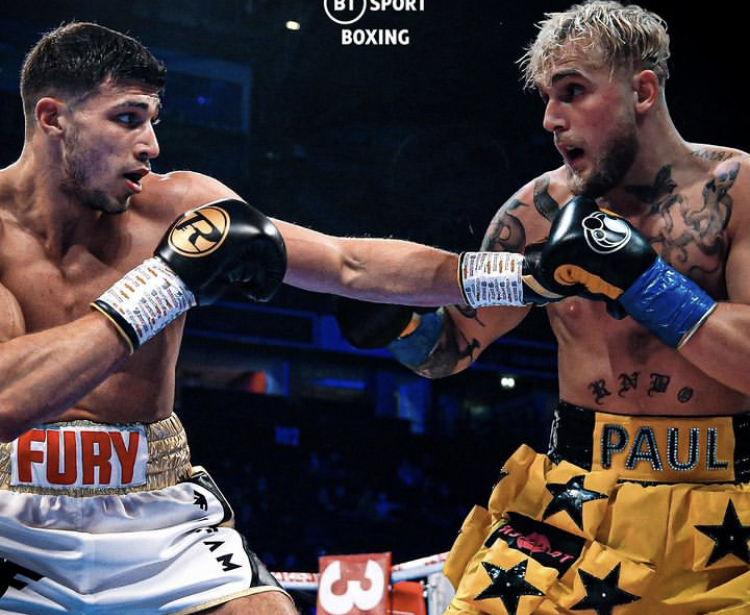 Tommy Fury has reignited the public’s desire to see a fight between himself and Jake Paul after he slammed the YouTuber in a recent interview.

On October 29, ‘Paul, AKA The Problem Child,’ triumphed over the legendary Anderson Silva via unanimous decision.

Despite not originally making his name in the boxing ring, ‘Silva AKA The Spider, comes from a legitimate striking background.

With this scalp, Paul has cemented himself as a genuine prospect. How far he can go however is yet to be determined.

But, he’s undeniably fighting a significantly higher calibre of opposition than the rest of the ‘crossover boxing circuit.

Regardless of these accolades, Fury wasn’t impressed.

Previously, Fury has pulled out of two scheduled bouts with Paul. Firstly due to a broken rib and secondly due to a declined ESTA.

However, after watching the weekend’s fight, Fury doesn’t believe that the content creator would cause him any problems.

During an interview on the MMA Hour via The Mirror, Fury said: “Honestly, I don’t know what to think of it,”

He told the MMA Hour podcast, “I don’t want to be coming across like I just hate Jake Paul and he just can’t fight, but please look what a 48-year-old man has done with him.

“At the end of that fight, he looked like he’d been in with a WBC light heavyweight champion. He looked gone. He went through the trenches in that fight, he got roughed up and that’s a 48-year-old man. Anderson Silva is not too far off my dad’s age.”

He added: “Anderson Silva’s a great but let’s be real. The man is nearly 50 years of age. He’s not trained as a boxer. He’s an icon in the UFC in a cage under a different set of rules. He trains in a lot of mixed martial arts.

“When Jake Paul steps in with a man who just trains in boxing, especially after seeing him on Saturday, I don’t see Jake Paul beating any average boxer. Even a not that good boxer would beat Jake Paul just purely because they know about the sport.

“No disrespect to Anderson Silva because he’s got big cojones getting in there with a young fresh man at 50. All respect to both men because they got in there and had a good fight. That’s it.”

The Love Island runner-up returns on November 13 against Paul Bamba on the undercard of Floyd Mayweather vs Deji.