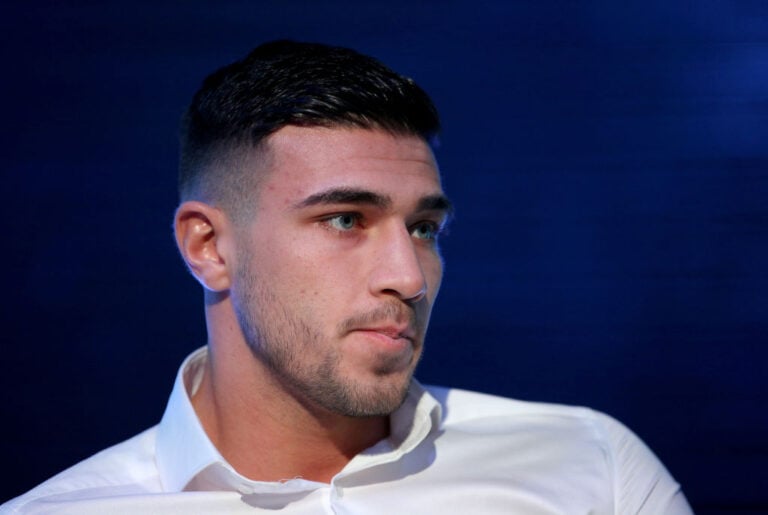 YouTube star KSI won two fights in one evening on Saturday, defeating Swarmz and Luis Pineda – but Tommy Fury was not impressed.

Against Swarmz, a rapper and former professional footballer, KSI secured his second victory at professional level. It took just two rounds for the YouTube icon to secure the victory – having already knocked down Swarmz twice before hitting the final punch.

It is fair to say that this wasn’t a competitive fight, and not one that many fans will rush to watch back any time soon. But it meant that KSI could progress to his second fight later on, against Luis Pineda.

Pineda, 23, at least had some boxing pedigree, with a professional record of 2-5. However, his opponent produced a good display, dominating the fight before knocking out the Mexican in the second round.

After two wins in one night, KSI turned his attention towards his next challenger. He name-dropped Tommy Fury.

However, Fury was less than impressed by the spectacle of the first fight of the evening.

During the KSI vs Swarmz fight, it quickly became clear that there was a gulf in quality between the two fighters.

KSI made light work of his opponent, who couldn’t cope with the YouTube star’s agility and punching power. But Swarmz spent much of the short fight trying to avoid the 29-year-old, which didn’t make for great viewing.

The match was largely panned by fans, who hoped that KSI would have been met by a more substantial challenge. And Tommy Fury appeared to share fan sentiments by simply tweeting: “What have I just seen?”

He then seemingly accepted KSI’s offer of a fight by stating: “You know where to find me.”

Fury wasn’t the only high-profile name disappointed with the opening fight. YouTube creator Joe Weller called it “pathetic” in an interview with iFL TV.

Despite the criticism, however, KSI still managed to get two wins on his record, and performed well on the night. The 29-year-old now has a professional boxing record of 3-0, having defeated Logan Paul via split decision in 2019.