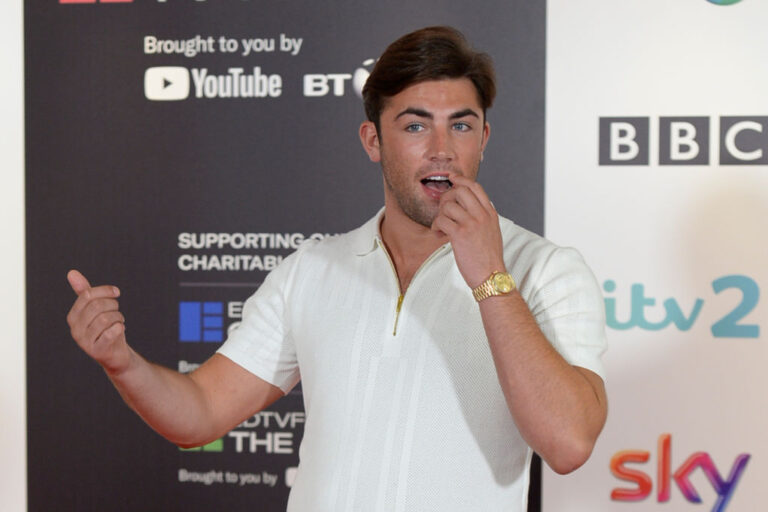 The Essex-born former pencil salesman rose to fame in 2018 when his romance with Dani Dyer captured the hearts of reality television fans across the country. The pair split soon after the dating show ended.

However, the 31-year-old now wants a fresh challenge. Setting foot in the squared circle is an entirely different proposition to remaining faithful in Casa Amor though.

However, unlike most of the influencers making the switch to boxing, Fincham actually has a degree of pedigree, having had 26 amateur bouts for Eltham ABC.

In 2019, he told IFL TV: “I went back to boxing not that long ago. And then started filming a TV show. So I couldn’t commit as much as I wanted to. With boxing… you can’t do it half-heartedly, you’ve gotta be there every day in that gym working.

“Now I’ve sort of managed to work my life around the boxing. I’ve gone back to it properly, and I do want to turn over, I do wanna turn pro. I meant to do it at the age of 18. But circumstances change and I didn’t do it.

“I had gone back to boxing, I had another senior fight at the age of 24, I lost that, actually. He was a very good kid actually. I was at the wrong weight. But now I’ve just got that fire in my stomach again.”

But due to a string of injuries, the reality star struggled to secure a date for his debut—until now.

On November 13, Fincham will fly to Abu Dhabi to fight on the undercard of Floyd Mayweather vs Deji. And he’s taken a difficult challenge, in the form of a man who has made big waves in MMA and influencer boxing.

The outspoken American originally developed a following through his career in MMA, accumulating a 7-5 record.

However, after a stint in Bellator, he traded the cage for the ring and embarked on an interesting boxing venture.

Taylor joined the Jake Paul camp to help the controversial YouTuber prepare for his match-up with Tyron Woodley.

Consequently, he bagged himself a massive opportunity against Tommy Fury. But unsurprisingly, he failed to offer much of a challenge to the British prospect.

Regardless, the trash-talker hopped back in the ring and secured a couple of victories against journeyman-level opposition before losing to Chris Avila and Jay Cuccineiello. But he didn’t let the defeats hold him back.

On October 15, he fought on the undercard of KSI’s DAZN MisFits Series X 002 against X Factor star, Anthony Rak-Su.

And, following a heated build-up, Taylor dropped his adversary in just three seconds before walking away with a comfortable decision victory.

Therefore, on paper, he should make for a good test for Fincham’s debut.

However, the Brit will hope that his lengthy amateur career will be enough to leave his opponent chasing shadows.