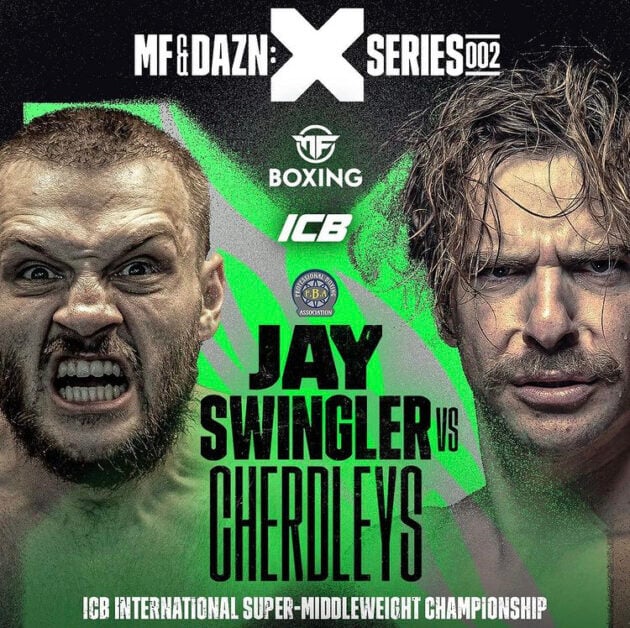 The next chapter of YouTube boxing unfolds this weekend, as Jay Swingler and Cherdleys go to war. And we’ve got all the details you need, including the UK start time.

Since emerging as one of the major players in internet fighting, KSI has branched out into the world of promoting. Throughout his career, the social media star has become accustomed to putting on significant events. After all, he’s rapped at sold-out venues across the country and more recently sold out Charlton Athletic’s stadium for a charity football game. Therefore, it comes as no surprise that he’s trying to become influencer boxing’s answer to Eddie Hearn.

KSI has teamed up with the Sauerland brothers to form MisFits boxing, and they’re bringing fans a stacked card on Saturday evening. In the main event, Swingler, who has made a career creating prank videos, including one in which the fire brigade had to rescue him after he cemented a microwave to his head, will take on an American with over 2 million subscribers.

Cherdleys, who has developed a massive following through his comedic videos, has played his part in an amusing build-up. But no amount of humour can save him when he sets foot through the ropes at the Utilata Arena in Sheffield.

The bout has hooked the YouTube community, so to make sure nobody has to miss a second of the action, we’ve compiled all the details, so you can sit back, relax, and enjoy the fights.

The event will commence on Saturday, October 15 at 7 PM, with the main event fighters scheduled to walk to the ring at an oddly specific time of 9:52 PM.

Therefore, in all likelihood, those watching the headline act will hope for an early finish so they can switch over to Sky Sports to watch Claressa Shields vs Savannah Marshall.

How to watch Jay Swingler vs Cherdleys

Combat sports enthusiasts can watch the entire night on DAZN. The card is not a PPV attraction. But those wanting to enjoy the fights will have to pay a one-month subscription fee of £7.99.

Granted, most are coming for the Swingler vs Cherdleys. But those in attendance in Sheffield will have a plethora of contests to get their teeth sunk into. In the co-main event, Slim collides with Ryan Taylor, with a potential shot at KSI awaiting the winner. Plus, Only Fans content creator, Astrid Wett, goes toe-to-toe with Simple Simon’s daughter, Keeley. And MMA star Anthony Taylor fights Ashley Rak-Su.