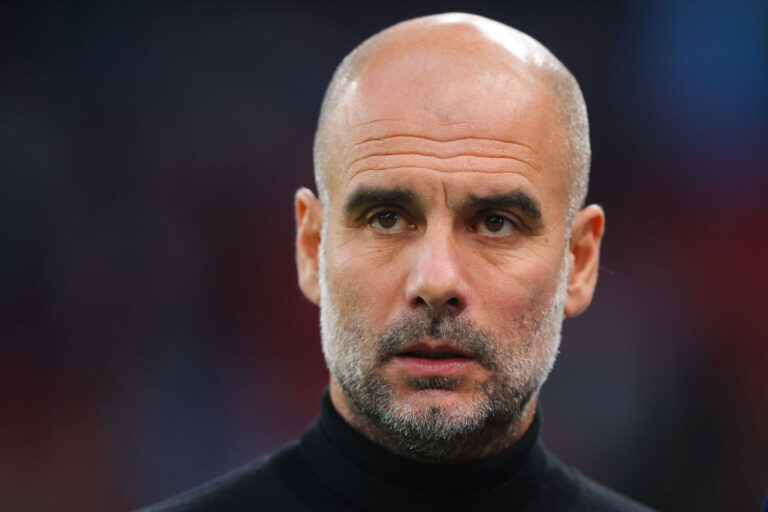 Manchester City’s Pep Guardiola, has confirmed that coins were thrown in his direction during the second half of a heated match against Liverpool at Anfield.

The Manchester City manager opened up about the incident, which apparently occurred shortly after a disallowed goal from City’s Phil Foden.

“Next time, we will do it better. It didn’t get me. They [the Liverpool fans] will try it again next year,” Guardiola said.

“All these coins, they tried, but didn’t get it,” he continued. “They got the coach years ago.”

Guardiola was, of course, referring to an incident in 2018, in which Liverpool fans launched bottles at the City team bus as they arrived at Anfield Stadium.

In response to these reports, Liverpool manager, Jurgen Klopp said,”Oh, horrible. I am sorry and I apologise for that.”

“I had no idea about it. It never should happen, never,” he continued.

Following the incident, Liverpool subsequently released the following statement, “We are aware of an incident involving objects being thrown into the technical area at today’s game.”

“This is totally unacceptable behaviour and not the standards of behaviour we expect at Anfield,” the statement continues.

“This incident will be fully investigated using CCTV, and those found guilty will be punished, including a lifetime ban from Anfield Stadium and a possible football banning order.”

Throughout the opening months of the campaign, Manchester City has looked almost invincible.

Since securing the services of towering 22-year-old, Erling Haaland during the summer transfer window, ‘The Cityzens‘ have left defenders quaking in their boots.

This is mainly due to the Norwegian players’ phenomenal strength and eye for goal.

But, unlike most teams, Liverpool didn’t let the fear of Haaland get the better of them this time. Maybe City aren’t invincible after all?

Liverpool is down but not out

After falling short in the Premier League and Champions League in 2021/22, the Merseyside club have struggled to gain any sort of momentum.

At the time of writing, Liverpool currently sits in eighth place in the table, having lost several key fixtures.

However, regardless of form, the team undeniably has the minerals to produce world-class performances.

And, the prospect of regaining bragging rights over City, was enough to inspire them to pull out all the stops.

Initially, City looked to have taken the lead via Foden. However, the goal was disallowed. This was due to a Haaland foul on Fabinho.

In the 76th minute, the Liverpool forward broke free and buried the ball past a helpless Ederson.

The loss, combined with the reported penny-throwing incident, saw Guardiola walk away from Anfield without 3 points and in a furious mood.