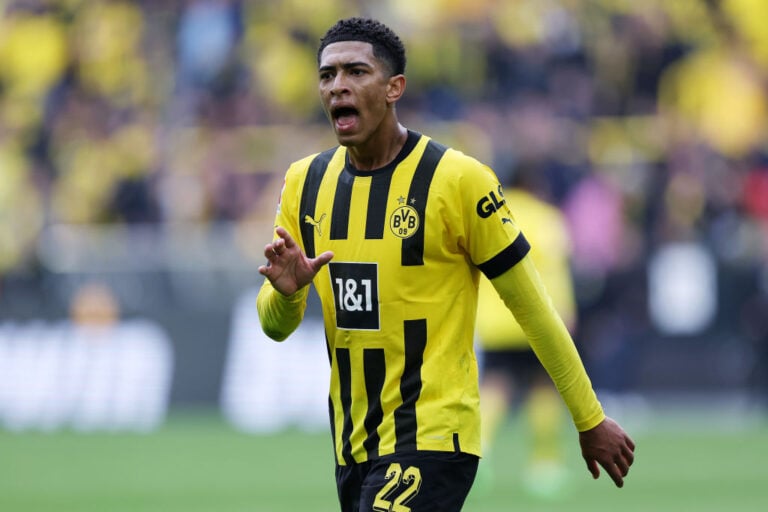 Before his rise to fame, Liverpool were close to signing Borussia Dortmund star Jude Bellingham when he was in Birmingham’s academy. But why did the deal fall through?

The 19-year-old has made a massive impression in the Bundesliga, leaving fans at the Signal Iduna Park in awe with his constant work rate, sublime technique and ability to pick the perfect pass.

It is no secret that the German’s squad have lacked in the midfield area since the departure of Gini Wijnaldum, as well as a large number of injuries. Bellingham would certainly fill that void, and more.

The Athletic report that the German giants value their star man at a staggering £130 million, which would make him the most expensive English player in history. Ultimately, having to cough up such a significant figure would leave the Liverpool board frustrated that they were not able to secure his services when they had the chance.

Why did Jude Bellingham to Liverpool fail to materialise?

As per The Athletic, the reigning FA Cup champions have wanted the midfielder for over a decade. Back when he played at Under-11 level, he took part in a two-day trial at Liverpool’s Kirkby academy. And the youngster blew the scouts away with his sublime showing.

Consequently, they toured him around the facilities and tried to convince his parents to relocate to Merseyside.

However, the family did not want to move a two-hour drive away from where they were living at the time. Therefore, despite the Reds being willing to pay the reported £9,000 compensation and even finding a school for the player, the deal collapsed.

Subsequently, Bellingham rose through the ranks in Birmingham’s academy, going on to become the club’s youngest ever first-team debutant. A year later, he moved to Dortmund for an initial £25 million fee.

But regardless, Liverpool have not given up hope. After failing to draft in a big midfielder over the summer, fans are optimistic that their beloved club is planning a massive move at the end of the season.