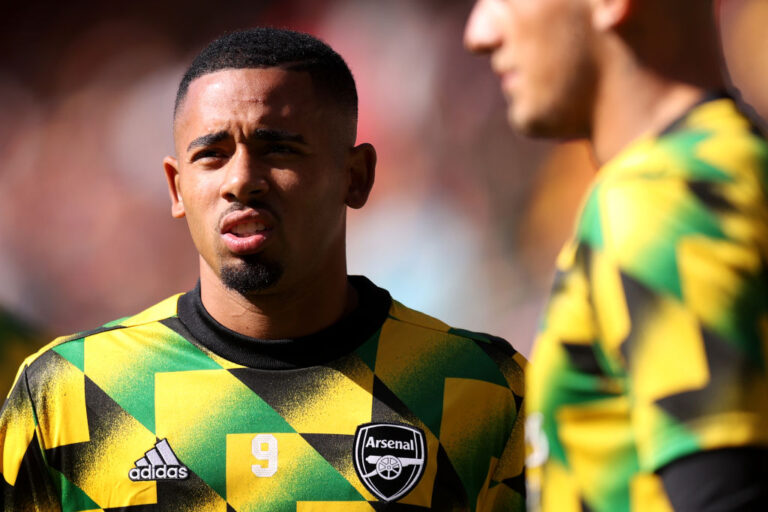 Despite a superb start to life at the Emirates, Tite has chosen not to select Gabriel Jesus for the final Brazil squad for their upcoming friendlies.

On July 4, the striker arrived at Arsenal from Manchester City for £45 million, and instantly made an impact. He’s taken this season by storm and found the back of the net several times in the process. The Brazilian has dazzled Gunners fans with his versatility, movement and lightning pace.

In his first competitive match at his new club’s stadium, he scored two goals against Leicester City, and used that momentum to push on towards an excellent start to the campaign. He has bagged a grand total of four goals, and provided three assists, in seven domestic games.

However, his efforts have gone in vain as far as the international scene is concerned.

Despite the 25-year-old’s scintillating showings, Tite did not include him in the nine forwards he selected for their upcoming friendly matches.

He chose a number of other forwards instead. There is Premier League representation in the form of Antony, Roberto Firmino and Richarlison. Real Madrid stars Rodrygo and Vinicius Junior are also included, as well as Atletico’s Matheus Cunha, and Barcelona’s Raphinha.

Neymar and Flamengo star Pedro round out the forward selections.

The news left Jesus gutted, but he told ESPN FC that he understood the decision: “There was [contact] after the squad announcement, yes. I respect the coach’s decision a lot, I respect Tite, the entire staff.

“As I said, I’m Brazilian, I’ll always root for the team. And I also respect the other players, who have a lot of quality. I’ll keep doing my best to have the opportunity again.

“What is in my control is my performance. I will always try to give my best, finish the plays.

“Today I had some chances that I could also improve a little more, I know. I’ve been training, trying to do my best.”