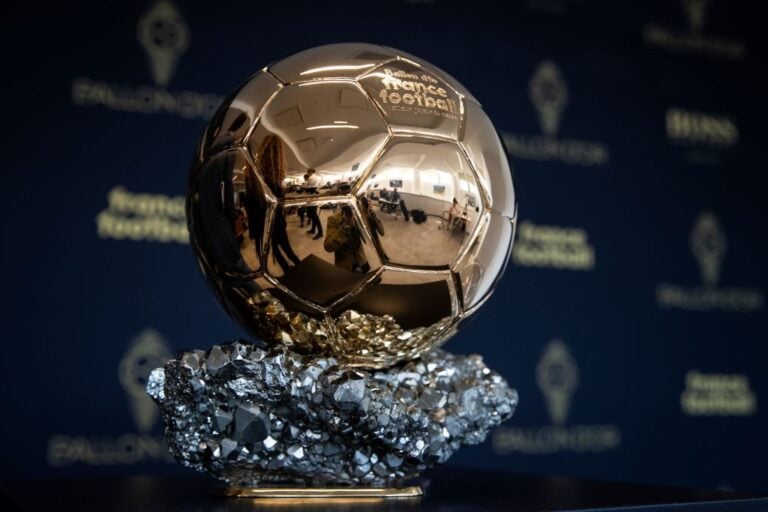 Here is all the info you need on how to make sure that you get to see who takes home the 2022 Ballon d’Or and Ballon d’Or Feminin tonight.

For the first time, a panel of 100 people will vote for the best male and female football player in the world from the 21/22 season.

In the past, the voting cohort selected a winner for their performances from the previous calendar year.

As a result of the new system, Lionel Messi – who won a record-breaking seventh Ballon d’Or last year – did not even make the nominee list for the 2022 award.

His difficult first season at PSG meant that he does not feature anywhere in the 30-man shortlist.

In contrast, Real Madrid’s Karim Benzema enters the ceremony as the clear favourite to take home the coveted prize.

His stellar 21/22 season included a La Liga and Champions League double, where the Frenchman led his side to numerous improbable comebacks.

Benzema also recently picked up the UEFA Men’s Player of the Year award – surely a precursor to the striker earning the 2022 Ballon d’Or, right?

Who could take the podium place of the award?

Many pundits, therefore, believe that the real battle lies in the podium places.

Sadio Mane is in contention at the top, following a trophy-laden season with Liverpool and Senegal.

Meanwhile, the likes of Thibaut Courtois and Kevin de Bruyne both had impressive campaigns in 21/22 as well.

Finally, the young superstar duo of Kylian Mbappe and Erling Haaland may also fancy their chances of breaking into the top three.

Despite the competition, however, Karim Benzema appears to be above all of them.

Who is nominated for the Ballon d’Or Feminin?

The award for the world’s best in the women’s game will also be announced this evening.

In its fourth year, the Ballon d’Or Feminin has already seen Ada Hegerberg, Megan Rapione and Alexia Putellas claiming the award for best women’s football player in the world.

This year, numerous women’s football stars could lay claim to the honour.

For instance, Chelsea’s Sam Kerr had a brilliant season for the WSL side.

The Australian earned the 21/22 golden boot as she led Chelsea to their third straight league title. Additionally, Kerr helped the Blues achieve a domestic double as they won the FA Cup.

However, for the Ballon d’Or Feminin, she will face stiff competition from UEFA Women’s Player of the Year winner, Putellas.

The Barcelona star led the Women’s Champions League in scoring last season as her Barcelona side lost in the final to Lyon.

Away from this disappointment though, Putellas led her side to an incredible season. She captained Barcelona to a domestic treble, during which the club won all 30 of their league matches.

It’s also worth mentioning that Putellas is considered the highest-ranked player – men or women – in FIFA23.

Finally, England’s Beth Mead could be in with a shot at winning the 2022 Ballon d’Or Feminin.

She was the star of the England Lionesses side as they won the Women’s Euros during the summer, finishing as the tournament’s top scorer.

Mead also claimed the Player of the Tournament award, thanks to her performance.

With excitement for the ceremony building, when is the landmark event?

This year’s awards evening will start at 7:30 pm UK time on Monday 17 October.

The Theatre du Chatelet in Paris will host the occasion, which shouldn’t last more than two hours.

How can you watch the ceremony?

French news outlet L’Equipe will have a livestream available via their YouTube channel. Here, you can catch every single award and moment from the night without paying a penny.

What other awards are there?

Alongside the men’s and women’s Ballon d’Or, France Football will hand out two more trophies.

Firstly, the Kopa Trophy goes to the best men’s player aged 21 or younger. Jude Bellingham and Bukayo Saka are both on the 10-player shortlist for the award.

To go with this, the Yashin Trophy goes to the best men’s goalkeeper in the past season. Like the Ballon d’Or, there is a widespread favourite for this award. Many expect Real Madrid’s Thibaut Courtois to take this prize.

Finally, AS reports that the ceremony will hand out the new Muller Award, given to the best striker from last season.

There will be winners of the Socrates award for best social initiative, and best club award, too.

Some of these prizes may already be considered foregone conclusions. However, with so many votes from different places around the world, you can never be too sure of the outcome.