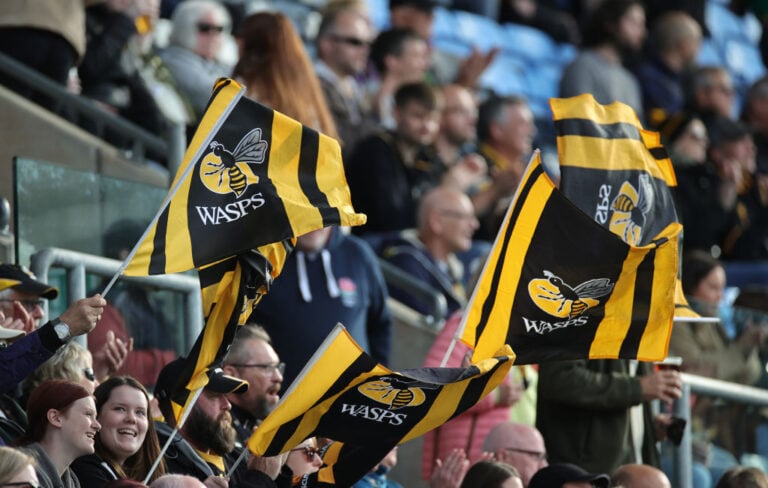 Premiership Rugby side Wasps have entered administration, unfortunately becoming the second top-tier Rugby Union side to do so in three weeks.

Per The Guardian, the company that owns Wasps, (known as Wasps Holdings Limited or WHL), apparently owes millions to numerous different parties.

HMRC require £2m from them, and they are now £35 million in debt to various bondholders.

Additionally, the club owes £20 million to the owner, Derek Richardson. This occurred despite Wasps receiving a government bailout during the COVID pandemic.

As a result of the administration, Wasps reportedly made 167 members of staff – including players and coaches – redundant from their men’s, women’s, netball, and academy teams.

At the time of writing, the club has also ceased operations.

Meanwhile, the BBC also reports that the Premiership have relegated the men’s club to the Championship. This comes after the league officials suspended the club last week.

However, the stadium that Wasps play in is not part of the administration. This is run by a different business, Arena Coventry Limited, which operates the Coventry Building Society Arena for Wasps.

So, the Stadium and attached facilities are still running as normal – for now. They too however are in desperate need of funding.

Wasps now stand on the edge of oblivion.

Wasps: before the administration worries

Originally based in London, Wasps are one of the most successful Rugby clubs in England.

They have won the Premiership on six occasions, including a hat trick of titles from 2003 to 2005. To add to this, Wasps are two-time European Champions, winning the Heineken Cup in 2004 and 2007.

After spending their entire history in various locations in London, the team moved to Coventry in 2014.

Unfortunately, they never replicated the glory of the past in their new home, although did finish Premiership runners-up twice.

Now, thanks to the administration, they will be relegated to the Championship if and when they get their finances in check. This may jeopardise their money woes further.

As a top-flight club in 2005, Wasps received P Shares. These are a split of the Premiership’s general income, plus voting rights on league issues.

But, with relegation, Premiership Rugby could force them to sell these P Shares – which would affect their future standing if they gained promotion.

The RFU suspended the Warriors after they could not meet a deadline to prove their financial security.

Like Wasps, Worcester owed the taxman millions, with a bill for a reported £6 million+ tabled to them in August.

They also owe £14 million to the government for a pandemic loan, adding to their difficulties.

If both clubs can find buyers, they will be able to begin playing competitive rugby once more.

Unfortunately however, this will be in the second tier of professional rugby in England.