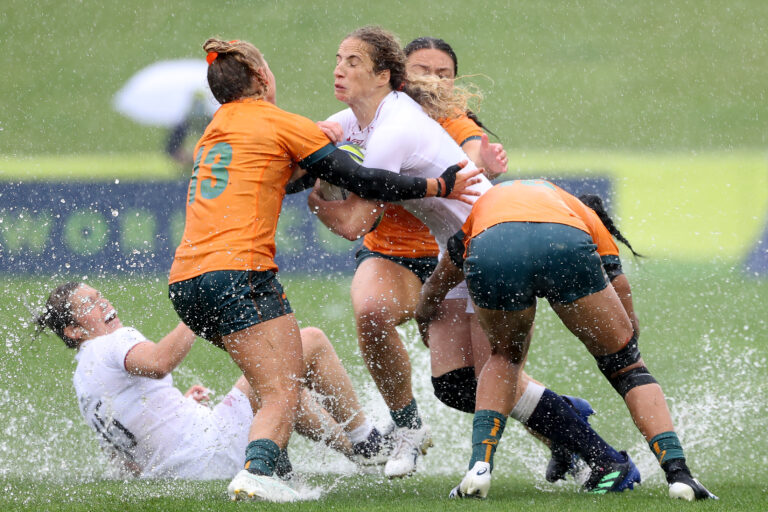 England have responded to complaints over their forward-dominated gameplan after beating Australia 41-5 to reach the Rugby World Cup semi-final.

In a fantastic year for women’s rugby, Simon Middleton’s Red Roses squad has produced a tremendous performance to set up a date with Canada.

Every one of England’s games has included their hard‑edged pac, a tactic that England captain Sarah Hunter believes will guide them to global success.

Throughout the competition, every team has fallen foul to England’s driving maul.

However, some purists have scoffed at the team’s one-dimensional approach. However, the nation’s most capped player doesn’t think the route to victory should be critiqued.

Hunter said: “A lot has been said about the driving maul and how we’re scoring tries. But, ultimately, no one’s going to look back and go, ‘Oh, how did England score?”

“They look at the result, and if it isn’t broke you don’t need to fix it. I don’t think there’s any concerns within ourselves about how we want to play or what we’re doing at the minute. If it’s not working, we know we’ve got other things to go to.”

Furthermore, Middleton has also taken a stand against the doubters, who have praised New Zealand’s sharp backline.

As per The Guardian, the England gaffer said: “Rugby doesn’t have to be play, play, play and shift, shift, shift. That’s southern hemisphere rugby – fantastic,”

“Does it frustrate me? Probably a little. It baffles me a little bit. You cut your cloth accordingly. We’ve got multiple facets. Against Fiji and South Africa we played as good a rugby as anybody. We shifted the ball and scored some great tries.”