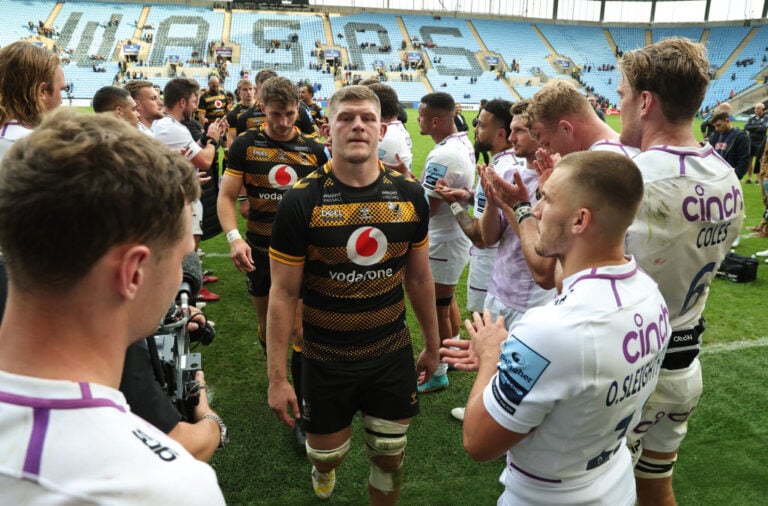 A consortium including a group of club legends may have given Wasps Rugby a lifeline as the ailing club fights for survival.

Wasps originally entered administration on 17 October. However, since then, administrators for the former Premiership side accepted an offer from a consortium led by members of the Wasps Legends charity.

This foundation, created in 2006, brings former players back to the club and works on charitable initiatives.

Wasps Legends have also received backing from former owners to help in their offer for the team, per Rugby Pass.

Joint administrator, Andrew Sheridan heeded caution by mentioning the steps required before any party can complete a deal. Despite this, he still hailed the offer as a “significant step forward”.

“The consortium knows that it still has to meet all of the RFU requirements,” said Sheridan, via The Guardian.

“Including the fit and proper owners test and the presentation of a 3–5-year business plan with supporting robust financial forecasts. This needs to be completed as soon as is practical in order [for Wasps] to be in a position to play next season.

“However, this deal is a significant step forward,” he added. “And it is one that we all hope will allow Wasps Rugby to live on. We have informed the RFU about this development and the consortium is fully aware of the rugby creditors rules as set out in Reg. 5 by the RFU.

“We understand that the consortium will seek to work with the RFU, RPA, and their members to reach a reasonable conclusion.”

This potential takeover would rescue Wasps – but unfortunately could not save their Premiership status.

Consortium have offer accepted for Wasps – what happens now?

On Friday, the RFU confirmed that they have suspended Wasps from competition for the rest of the 2022/23 season.

As a result, the Coventry-based club will no longer be in Rugby Union’s top division – the Premiership.

They can also no longer play in any Cup competitions this year.

These outcomes are unsurprising to Wasps, though. RFU rules state that they can suspend teams from playing – ultimately relegating them – if they enter administration.

Their announcement of Wasps’ demotion was therefore a formality of sorts.

Unfortunately, all players and staff at the club lost their jobs in the administration process.

Provided that the consortium takeover the club, the Men’s team can begin re-building their squad ahead of re-starting in the Championship from the 2023/24 season.

This is just one tier beneath the Premiership, meaning that the six-time Premiership champs could return to the top flight quickly.

However, the Wasps company as a whole is not quite clear. The takeover offer only applies to the men’s team and academy, so the women’s and netball squads may have to wait before playing again.

Per BBC, there are separate talks underway to help save the netball and women’s rugby side of the Wasps company.