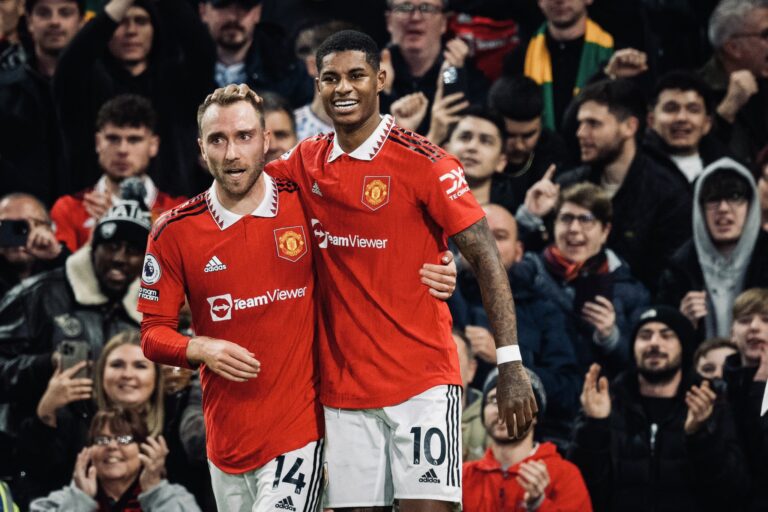 Erik ten Hag has claimed that Marcus Rashford is already among the world’s best after the forward bagged his 100th finish for Manchester United.

With passion comes frustration and often kneejerk reactions. Throughout his professional career, the forward has proven his ability to compete at the highest level. But following a very difficult 2022-23, the supporters turned against him.

However, under the tutelage of Ten Hag, Rashford has made an extraordinary resurgence.

He’s looking quick, sharp and well and truly back to his best. And those who doubted him have had to eat their words.

After a harrowing start to the campaign, ‘The Red Devils’ have hit their stride and, on October 30, secured a big victory over West Ham.

In the 38th minute, Rashford dived onto a Christian Eriksen cross to head the ball past a helpless Lukasz Fabianski. And subsequently, the England international has received enormous credit from his manager

Read: Manchester United: 5 players that could excel at the World Cup (sporf.com)

As per The Guardian, when asked whether the striker can become an elite player, the gaffer replied: “He already is. If you score 100 for Manchester United before you are 25. But it’s about trophies to win with your club, and I think he can develop even more.

“”Two headers [in consecutive games]: we’ve worked a lot on that, we had to improve, and you see what’s happening. He is much more consistent and resilient – already a great player but still room for improvement. Where it will end [his career], who knows, but I am sure it will be great.”

The England international’s goal came on the 85th anniversary of United’s youth system providing a player for every matchday squad.

Ten Hag added: “The header was a hammer from Marcus. It’s so great as a player out of the academy, a striker gets his 100th goal on the 85th anniversary, so he is really representing Man United. Tomorrow [Monday] is his 25th birthday, a great present, I would say.”