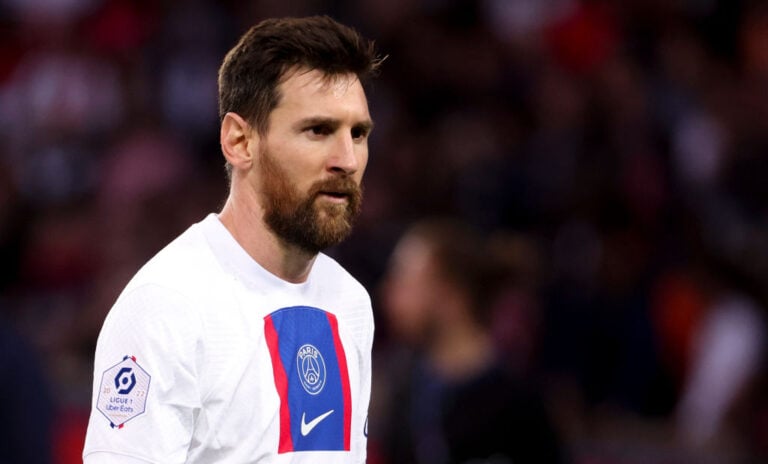 Reports suggest that Lionel Messi may move to the MLS and join Inter Miami, with the fledgling club growing increasingly confident of a deal being completed.

The seven-time Ballon d’Or winner is under contract at PSG until the summer of 2023.

But, if he decides to not extend his deal, the Argentine can sign pre-contract agreements with teams from January.

Per David Ornstein and The Athletic, the most likely new destination is Inter Miami.

The MLS side have reportedly held talks with Messi’s father, Jorge, on multiple occasions. Miami have also made no secret of their desire to sign Messi, even hinting at a move in July 2022.

These discussions have gone so well that The Athletic states that Miami are “increasingly confident” of securing Messi’s signature.

Further positives for Inter Miami include the amicable bond between David Beckham, the club’s founder, and the Argentina captain.

In addition, Messi also owns property in Miami, which could further benefit the Inter pursuit.

This potentially incredible piece of business would be ground-breaking for both football in America and the MLS.

However, Inter Miami still have to battle two of Europe’s elite to secure Messi.

Lionel Messi: Who else is challenging Inter Miami for the maestro?

The footballer will not sort out his future until after the World Cup. As a result, three clubs will be sweating at his next move.

Of course, the aforementioned Inter Miami are at the top of this list. But Messi’s current side, PSG, are also definitely in the running.

The Ligue 1 reportedly offered him a one-year extension in September – even though Messi is making no decision until after Qatar.

Alternatively, the Argentine may even try and seal a dream return to Barcelona.

The Catalan giants want to bring back their greatest-ever player to Camp Nou. And, per Eurosport in October, they will be doing that in the summer.

Unfortunately, conflicting reports suggest a deal is not as close as some might believe.

But that will not stop Barca from trying. Per talkSPORT, the La Liga side may try to sign Messi as early as the upcoming January transfer window.

Barca’s unfortunate failure to reach the knockout stage of the Champions League may scupper this plan, though.

All this talk of his future comes at a good time for Messi, who has experienced a resurgence in form.

PSG’s No.30 grabbed a goal and an assist as the Ligue 1 leaders overcame a determined Troyes side 4-3.

The visitors to the Parc des Princes actually took a surprise lead after just 3 minutes through Mama Balde.

However, Les Parisiens responded thanks to a Carlos Soler goal. So, all square at the break.

In the second half, Troyes repeated their quick start, with Mama Balde scoring again to make the game 2-1 in their favour. Messi responded soon after though, unleashing a powerful, long-range effort to equalise for PSG.

Just past the hour mark, Messi turned provider as he played in Neymar. The Brazilian finished well to give PSG a lead which they would not relinquish.

A Kylian Mbappe penalty gave the home side a two-goal cushion, although a third Troyes goal did make PSG sweat late on.

Despite this, the visitors could not find an equaliser, so Paris ultimately took all three points.

This victory leaves PSG five points clear at the top of Ligue 1, whilst also maintaining their unbeaten record in 2022/23.