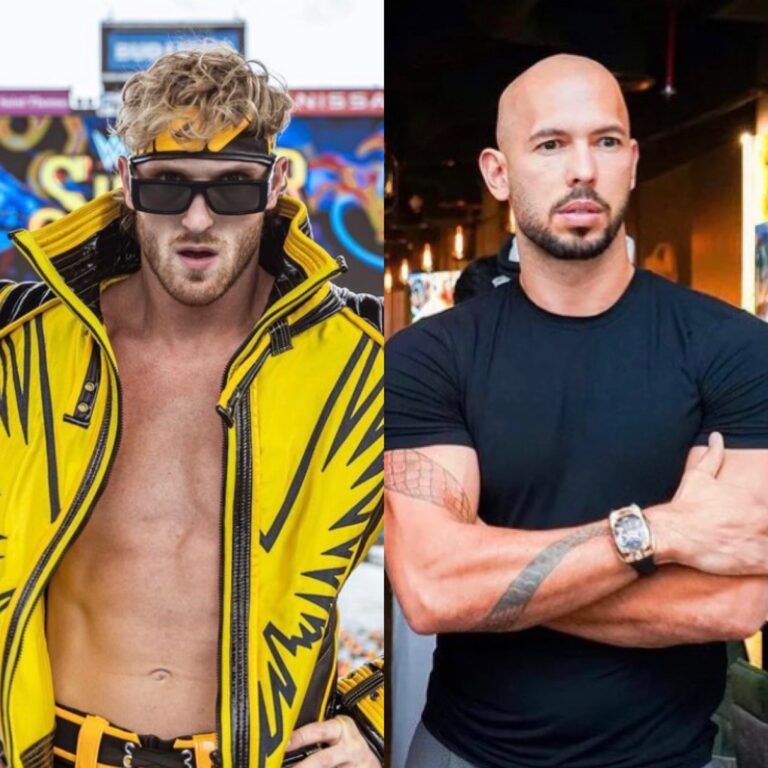 Logan Paul has challenged controversial influencer and former kickboxer, Andrew Tate, to go toe-to-toe with him inside the Octagon.

The YouTuber had previously claimed that he didn’t want to platform the self-proclaimed ‘Top G’. But it appears he’s changed his mind.

During an appearance on Sean O’Malley’s TimboSugaShow podcast, Paul opened up on his feelings about Tate. And he certainly didn’t pull any punches.

The 27-year-old said: “What he talks like, I am either listening to him say something that actually makes absolutely no f—king sense, or it’s a statement so bold that it is repulsive.

“I think people misunderstood what to us was very clearly satire and sarcasm as like a respect or liking to Tate. But I have never liked Tate. I find him amusing, the same way you find a clown amusing.

“Maybe I would take the opportunity to platform him, just for one night. Just for one night, and turn his f**ing face inside out, have him wheeled home on a gurney with his brother holding his hand in the ambulance-type s***. I don’t like you, I want to f*** you up.”

“I got a solution. Why don’t we do something that both of us have never done? Clean record. 0 and 0. Let us step into the f**ing Octagon, brother. An MMA fight, me versus Tate in the UFC. You think Dana would put that on?”

Although he never won a title in K1 or Glory, the 35-year-old achieved a lot in his career, picking up belts in ISKA and Enfusion.

Therefore, he’s more than willing to set foot through the ropes again.

As per The Mirror, Tate said: “If the terms are fair to both parties, I will fight Logan in the cage and destroy him. I have already contacted and confirmed this to a mutual contact.

“It is time for Logan to pay the price. I will not allow him to earn more money than me for his destruction, as a clown like him, with a mediocre online income, would happily sacrifice his pride for money.”

He added: “I promised I would fight him for free, and I meant it. He can fly to Romania and knock on my door any day of the week. When I said fight, I didn’t mean sport. If he recovers, he can continue to live in his brother’s shadow where he belongs.”